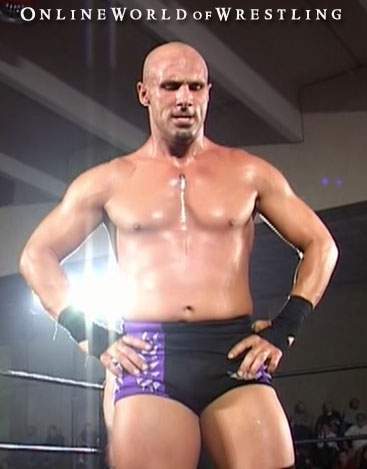 “The Fallen Angel” Christopher Daniels Discusses Ring Of Honor’s Ninth Anniversary Show, The Promotion’s Historic Benchmark, Being One Of The “Founding Fathers” Of ROH, The Evolution Of The Ring Of Honor Brand, The Biggest Adjustments He Has Had To Make Since Returning To ROH From TNA, Being A Veteran Presence In The Ring Of Honor Locker Room, His Next ROH World Television Title Defense: How He Has Been Mentally & Physically Preparing For His Best Two-Out-Of-Three Falls 30-Minute Time Limit Match vs. Eddie Edwards, Plus Much More In His Exclusive Monday Night Mayhem Interview!

The current, reigning, & defending Ring of Honor World Television Champion “The Fallen Angel” Christopher Daniels was the featured guest on this week’s live edition of the award-winning Monday Night Mayhem. You can feel The Mayhem every Monday evening (at 7PM ET/6PM CT), exclusively on The Monday Night Mayhem Radio Network (www.MondayNightMayhem.com).

Kevin joined The Big Mosh & “The Chairman of the Board” Todd Vincent for his exclusive interview with The Monday Night Mayhem Radio Network, which is now available in Windows Streaming Media or via the official MNM Podcast on iTunes:

Interview highlights courtesy of The Mayhem’s official correspondent, Paterson from New Jersey:
What does it mean to him to be classified as one of the “founding fathers” of Ring of Honor: “To be thought of as one of the ‘founding fathers’ means a lot to me. I feel like Ring of Honor as always been a place that I could call ‘home.’ The fact that I was in the main event of the first show, I didn’t know it at the time that Ring of Honor was going to grow into the force that it is today.”
His feelings on returning to ROH & the promotion celebrating their historic nine-year anniversary next weekend in Chicago: “If you would have asked me over a year ago if I ever was going to get a chance to come back to Ring of Honor, I probably would have said no, but circumstances being the way they were, I got a chance to come back. They welcomed me like I was home. I’m proud of the things I’ve done in the last year with them and the matches I’ve had with Tyler Black, Roderick Strong, Davey Richards, Eddie (Edwards), being the Television Champion, and I look forward to the 9th Anniversary in Chicago.”
How he has been mentally & physically preparing for his next Ring of Honor World TV Title defense (a Best Two-Out-Of-Three, 30-Minute Time Limit Match vs. Eddie Edwards) as part of ROH’s Ninth Anniversary Show next Saturday night on GoFightLive.tv: “One of the things I’ve done recently is I have been watching a lot of older matches of my own, older matches of Eddie’s, and just older matches from friends of mine just to get some ideas and get some stuff together. That’s what I’m doing mentally. Physically, knowing you could have three matches in a row with 30 minutes to do it in, I’ve never been one to worry about strength as much as endurance. I’ve been doing cardio, so I’m definitely stepping it up a notch in the last couple of weeks.

Much is contained in Daniels’ exclusive interview with The Monday Night Mayhem Radio Network, including his candid thoughts & comments on the biggest adjustments that he has had to make since returning to Ring of Honor full-time from TNA, his role in being a veteran presence in the ROH locker room to make the promotion better, the evolution of Ring of Honor from 2002 to the present, plus so much more! Follow “The Fallen Angel” right now on Twitter (at www.Twitter.com/FACDaniels), and be sure to to place your order for ROH’s Ninth Anniversary Show right now at www.GoFightLive.tv, as Ring of Honor returns to iPPV LIVE next Saturday night from The Frontier Fieldhouse. If you cannot be in “The Windy City” live & in person, take part in the ROH experience wherever you are around the world! For the latest breaking news & announcements in “the world of honor” and for up-to-the-minute results during next Friday & Saturday night’s events in Dayton & Chicago, check out Ring of Honor on Facebook (at www.Facebook.com/RingofHonor) and on Twitter (at www.Twitter.com/ROHonHDNet), or head on over to www.ROHWrestling.com.