Home / Behind the Scenes / Christopher Daniels to be honored next month

Christopher Daniels to be honored next month 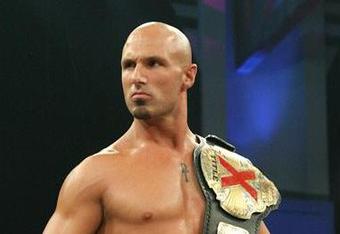 The Cauliflower Alley Club is pleased to present Christopher Daniels with a 2015 CAC men’s wrestling award. The men’s wrestling award recognizes those individuals who have already achieved great success in this business, and since the award’s inception in 1996 the CAC has honored such individuals as Jack Brisco, Brian Blair, Ox Baker, Jake Roberts, Stan Hansen, Ernie Ladd, and Adam Copeland, among others. Mr. Daniels is certainly a worthy addition to this list!

Christopher Daniels began wrestling almost two decades ago, learning from some of the best trainers in the business, including Dory Funk, Jr. Although he has spent the bulk of his career in Total Nonstop Action Wrestling, Daniels has also worked for World Wrestling Entertainment, New Japan Pro Wrestling, Ring of Honor, and many other independent promotions. He is affectionately known as “The King of Indies” for his exemplary work around the world. In total Mr. Daniels has won 16 championships between TNA, ROH, and New Japan Pro Wrestling, and is a 10-time world tag team champion. Daniels has also had successful runs as the Fallen Angel and the Curry Man, his masked persona.

Christopher Daniels is currently working for Ring of Honor, a promotion where in the past he enjoyed some of his greatest moments. While in ROH Daniels worked many of today’s biggest stars including Low-Ki, Bryan Danielson, AJ Styles, Samoa Joe, El Generico, Kevin Steen, and CM Punk. At one point, his group the Prophecy, held all of the ROH championships.

When Christopher Daniels joined TNA in 2002 he immediately made his mark by competing in some of the best X Division matches in history (including one that got a 5-star rating from Dave Meltzer). Although Daniels has been involved in many exciting storylines, including matches with Sting and Kurt Angle, his partnership with Frankie Kazarian helped elevate his career. Known as Bad Influence, Daniels and Kazarian are still to this day one of the most innovative tag teams in history, combining great chemistry, artistry, and wrestling ability. Multiple time TNA world tag team champions, Bad Influence once billed themselves as “The World Tag Team Champions of the World”, and given their record of success they could legitimately make that claim. Bad Influence has competed in many independent promotions around the country and enjoyed successful at every turn.

Christopher Daniels continues to build a resume that will no doubt one day place him among this era’s best performers.

For this reason, the Cauliflower Alley Club is proud to honor him with a 2015 CAC men’s wrestling award, and we look forward to seeing Christopher at the CAC’s 50th Reunion celebration in April when he accepts this award.

Watch some of Christopher Daniels’s career highlights below: