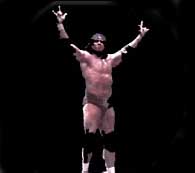 Cleveland All-Pro Wrestling News 7/27
Â
CAPWâ€™s BIGGEST EVENT EVER: NIGHT OF LEGENDS! TICKETS ON SALE NOW!
Â
The evolution of Cleveland All-Pro Wrestling continues. On Sunday afternoon, August 5, CAPW celebrates its 14th Year Anniversary in style like never before! CAPWâ€™s biggest stars will invade the luxurious, spacious Plain Dealer Pavilion, located on 2014 Sycamore Street, for CAPWâ€™s â€œA Night of Legends: Past Present and Futureâ€. Itâ€™ll be the most star-studded happening in Cleveland All-Pro history! Itâ€™s the culmination of a year of evolution, a year of action, a year of spectacle. Itâ€™s a once in a lifetime opportunity to see the greatest legends of the past, hottest stars of the present, and the emerging names of the future. If you only see one CAPW live event this year, come join the record-breaking crowd at the Plain Dealer Pavilion and be a part of history in the making, be part of the Night of Legends!

Sports Time Ohio is available to nearly 3 million homes throughout the state of Ohio and into surrounding states, and is also available nationwide on select satellite dish packages. Check local listings and channel packages for availability. For more information log on to www.sportstimeohio.com. For more information on Cleveland All-Pro Wrestling TV be sure to read Michael Cashâ€™s â€œCa$hâ€™s Cornerâ€ column exclusively at www.capw.net. For information on how to get Sports Time Ohio in your area, visit www.CAPW.net or www.sportstimeohio.com.
Â
BECOME PART OF CAPW’s GROWING LIST OF MEDIA ASSOCIATES