CM Punk made his debut on WWE Backstage last night on FS1.

After speculation surrounding a tryout back in late September, Punk officially made his debut on the show after Renee Young mentioned they will be making some history on the show. Punk walked out to his old theme song, “Cult of Personality,” and stated:

“It’s as simple as this: just when they think they have the answers, I change the culture. I’ll see you next week!”

FOX Sports sent out a press release shortly after stating that Punk, real name Phil Brooks, will join the roster as a special contributor and analyst doing select appearances alongside Renee Young and Booker T.

It should be noted that WWE Backstage is a FOX production, not a WWE one. Punk made it clear in an interview in October that if this was a WWE endeavor, he was not interested.

“Originally, I thought it was a WWE thing and I was like, ‘Uhm, no.’ But this is Fox. I’m not dealing with anybody in WWE.

“…I prefaced it by saying, ‘I’m not gonna come in to dump all over on stuff just to dump on it. That’s old Phil. But if it’s bad, I’m not gonna pretend that it’s anything but bad.’ They want to present it like it’s a real sport and just have a show that recaps stuff.” 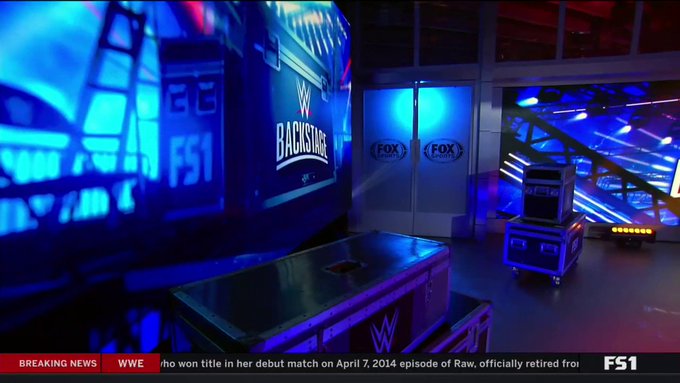 17.8K people are talking about this

This marks CM Punk’s first appearance on a WWE sponsored production since a very public walkout in January 2014 the night after the Royal Rumble. Punk would go on to lambast the company and their medical procedures on an episode of “The Art of Wrestling” with Colt Cabana, that resulted in a lawsuit and WWE serving him papers on his wedding day. Punk and Cabana were ultimately victorious in the suit. Cabana would later sue Punk for unpaid legal fees, but that case was dismissed.

Punk would go on to join the UFC, going 0-2 in his only bouts.

In WWE, Punk was a 2-time WWE Champion, once holding the title for 434 days, a 3-time World Heavyweight Champion, an Intercontinental Champion, a World Tag Team Champion, ECW Champion, and a 2-time Money in the Bank winner.

You can view the press release below:

“The Best in the World” to Appear as Special Contributor and Analyst Beginning Tuesday, Nov. 19 at 11:00 PM ET

“The Best in the World” joins fellow regular contributors Christian and Paige, as well as news correspondent Ryan Satin on the WWE BACKSTAGE rotation.

Television’s only studio show devoted to all things WWE, BACKSTAGE discusses the week’s biggest stories with a varied cast of guests and personalities, in addition to breaking news and exclusive behind-the-scenes access to WWE.