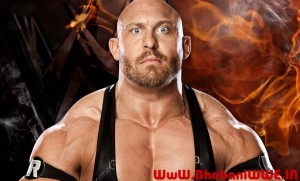 THE ELEMENT OF SURPRISE is entirely overrated in fake wrestling.

Too often, bookers yank something they’ve built to because it’s perceived that “everyone knows.” That’s why TNA stopped building toward Roode vs. Storm for the title at BFG. “Everyone knew” Storm was going to win the belt. Maybe so, but THAT’S WHAT THEY WANTED.

Fake wrestling isn’t about surprising people. It’s about giving the people what they want.

“Everyone knew” Sting was going to win the world title at Great American Bash ’90. It still got a huge pop. IT’S WHAT THE MARKS WANTED. “Everyone knew” Hogan was going to bodyslam Andre, then beat him at WrestleMania III. That’s what sold out the Pontiac Silverdome. IT’S WHAT THE MARKS WANTED. If WWE goes against the grain at WrestleMania III, they lose two-thirds of their audience.

Eric Bischoff is a big proponent of THE ELEMENT OF SURPRISE. Vince Russo, too. Surprise is important. But not if it means abandoning crafted storylines that have a payoff the fans want.

Which brings us to Punk-Ryback.

The formula dictates that Ryback beats Punk in about 15 seconds at Hell in a Cell. Bell rings, SHELL SHOCKED. If the match goes longer, Ryback likely gets exposed on a number of levels. If it’s not a clean finish, Ryback isn’t “the real guy” anymore. He’s just another fake wrestler. If Ryback loses, WWE might as well make him Skip Sheffield again. It is nowhere near time to beat Ryback. FOLLOW THE FORMULA.  Learn from the mistakes WCW made with Goldberg. Goldberg was 173-0 when Kevin Nash beat him after Scott Hall shocked him w/a taser gun. FAKE WRESTLING ALERT. Goldberg was never quite the same after, and that was no fault of his. Goldberg’s winning streak should have topped 300.

The next step for Goldberg should have been SELLING. Not losing, SELLING. He sells to an opponent that seems equally fearsome, but BEATS HIM. FOLLOW THE FORMULA. Bruno Sammartino held the WWE championship for seven years, eight months and one day. If it’s the RIGHT GUY, people never get tired of seeing him win. Bruno was the RIGHT GUY. So was Goldberg. Is Ryback? FIND OUT.

Some would have you believe that the marks got sick of Goldberg. Not so. There was backstage heat on Goldberg, jealousy mostly. The IWC got tired of Goldberg, but the IWC counted even less back then.

What does losing to Ryback do to Punk? NOTHING. Punk has made good use of the title, and I’ve enjoyed the length of his reign. But Punk doesn’t need the belt to be in main events.

But Ryback does need to win. I would not have matched up Punk and Ryback just yet. But WWE has. So now Ryback has to win.

I would have first made Ryback Punk’s bodyguard. That way Ryback is involved in and exposed to main events without having to win. It’s too late for that, and that’s OK. But Ryback has to win.

Ninety-five percent of the time, who wins a fake wrestling match isn’t that important. But for Ryback, as with Goldberg, it is – because the gimmick is based largely on winning.

BTW, I was amused to see Ryback talk about his superiority to Goldberg. NOT IN THIS LIFETIME. Ryback won’t be best and can’t be first. Ryback talked about how he loved wrestling, and Goldberg didn’t. Hey, Goldberg wasn’t a lifer, or a mark. But he respected his craft, prepared for it, and performed well. When I watch wrestling, I don’t think about the dedication of the performers. OR CARE. Not relevant.

Say Ryback does squash Punk. Then has a rematch with Punk. HE HAS TO SQUASH HIM AGAIN. You either invest in the character, or don’t. If Ryback isn’t over to your liking, then beat him. But even-steven, the idea of trading wins, is a big part of what makes WWE booking AWFUL.

Ryback’s biggest value might be staying undefeated until WrestleMania, then losing to Undertaker.

And then, for all intent, Ryback is done. But I don’t think he’s that great to begin with.  BIG HUNGRY? I thought Gewirtz got fired. That’s bad Memphis.