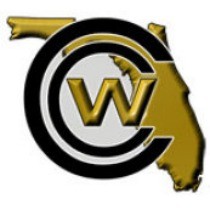 Back in 1996, when my radio/internet partner John House and I started the first interactive pro wrestling talk show, we made a conscious decision to affiliate our show with the oldest and what we felt most prestigious wrestling organization in the county, the National Wrestling Alliance. Over the years, that affiliation landed us with some of the greatest people in the pro wrestling business, and created friendships that have carried though until today, and will likely never expire.

People like former NWA president Howard Brody, Senior official Fred Richards (Rubenstein), Dennis Coralluzzo, and others had considerable influence on what we accomplished on our show.
Later, when I got into the promoting end of the business, Tommy Cairo and I made a decision to affiliate our Force 1 Pro Wrestling promotion with the NWA as well. Those three letters for me have represented a legacy of what the essence of pro wrestling is about. Having our organization affiliated with names like Thesz, Brisco, Race, Rhodes, Flair, Jarrett, Pearce, Crockett, and all the others gave us a tradestyle that we could be part of.

When Fred Richards, Tommy Cairo and I came together in 2011 to form Coastal, it seemed natural for us to do the same, even though the organization appeared to be going through some changes. After all, it appeared that Rubenstein was going to be on the Board of Governors of the new regime, and Cairo was a former NWA North American Champion.

You fans are all well aware of the work we’ve put into our shows over the past year, bringing in what we felt was some of the best local talent, and coupling it with some of the most exciting NWA workers from the entire East Coast. We were proud to have NWA talents like Damien Wayne, Vordell Walker, Chance Prophet, Kacee Carlisle, The Rochester Wrecking Crew, “The Reaper” Matt Conard, Zac Vincent and others. We were also talking with other NWA talents like Chase Owens, Lance Erikson, Jason Kincaid, Jock Samson, Bull Dozer about bringing them in during 2013.

The NWA however, in our opinion, had changed. It went from a Board Of Directors who worked with both affiliates and associates, to a Board of Governors who essentially licensed various wrestling promotions who signed a contract and paid a fee to use the NWA trademark. We signed on, and waited to see what we needed to do, and to see what the NWA was going to do under the new ownership. Having a partner who is one of the members of the Board of Governors of the NWA, we all felt that we’d be among the first to see any and all changes coming down the pike.

About a week and a half ago, I received a call from Fred, who told me that he’d gotten an e-mail from one of the other members of the Board, stating that the other two members of the Board no longer wanted him to serve in any capacity on the BOG, even though an LLC had been formed with all 3 men listed as owners. As a promotion, it’s not in our scope to discuss any of the legal merits of this difference between owners, but when it affects one of the partners in our own promotion, it affects us as well.

On 12/13/12, I received an e-mail from Mike Sircy, who is one of the licensee for a promotion called NWA Top Rope Wrestling. Mike had been designated to head up an Advisory Committee for the NWA, and was requesting some information about the various licensees, as a prelude to a phone conference, which had yet to be set up. In looking the e-mail over, I had a few questions about our own promotion, and seeking a clarification I called my partner Fred, who I will again remind you is also an owner of the NWA, and on the Board of Governors. Fred had no idea what I was talking about, since he’d never received the e-mail.

I was stunned to hear that. Having owned and partnered in several business ventures in my lifetime, I’d always made a conscious effort to advise my partners of all of my proposed business moves, particularly if it was going to financially encumber them or our business in some capacity. I couldn’t understand why he wasn’t copied on the e-mail, so I shot a quick e-mail to Mike Sircy advising that I was aware that Fred hadn’t been copied on the e-mail, and requested that both as a BOG member and my partner in Coastal, that he should be copied on all future correspondence. I also copied the other 2 members of the Board, so they were aware of what I had to say.

While I received no response from Mr. Sircy, I did get a response from one of the other owners, who said:  “We don’t really see this as a Fred issue.”

While there was more to the e-mail than just that, both Tommy Cairo and I DO see it as a Fred issue. After some discussion, we felt that Fred was obviously being put into what we considered an adversarial position with the other two owners of the NWA, and had concerns as to how that might affect us as a promotion, since Fred is also a partner in Coastal. After some soul searching, we concluded that if one of the owners/partners could be treated is what we considered to be as an outsider, we doubted that we’d be treated any better and likely worse. After speaking with several other NWA promoters, I’ve since come to find out that some of them feel similarly to us, not about Fred, but about how we’ve been treated/untreated over the past several months since signing our contract.

On Saturday 12/15/12, Howard Brody of NWA Ring Warriors made an announcement after La Rosa Negra’s match against Kacee Carlisle (which was changed from a NWA Women’s Championship match to a challenge for the Ring Warriors Battling Bombshells Championship) that Ring Warriors would be dropping the NWA prefix from their name, and would continue as Ring Warriors. At Coastal, we’d considered Ring Warriors a key player for the NWA’s future (along with us, and several others), and after some discussion, we are also making the announcement that with some sadness and regret, we will also be removing the NWA prefix from our name. Moving forward we will be known as Coastal Pro Wrestling.

The address of the website has already changed to reflect this change. Our address in now http://www.coastalprowrestling.com. Please bookmark the new address in your browsers. Any NWA references and footage prior to this change will be left on our website. We respect any of the other promotions who choose to remain with the National Wrestling Alliance, and wish them well. Our titles will remain as is, Biggie Biggs is still our Heavyweight Champion, and Ricky Reyes our Iron Man Champion. We are proud of their efforts, and along with the rest of the Coastal roster, will be an important part of our planned expansion for next year.

2013 will be an excellent year for Coastal. We will continue to bring you, the wrestling fan, the best talent that we can offer, with some of the most exciting matches and story lines on the NJ Indy wrestling scene. While we have some other things in the works with other promotions, fans can continue to expect our best efforts moving forward, whether an extra 3 letters are attached to our promotion or not. To the remaining members of the National Wrestling Alliance we wish you well in bringing quality independent wrestling to the fans.

We’ll see you at the shows!