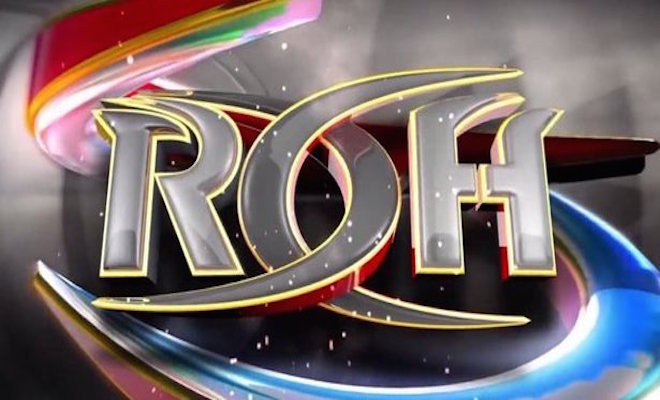 It’s the go home show for Final Battle but the complicated TV schedule would suggest that a lot of this isn’t going to be focused on the pay per view main events. That being said, Ring of Honor has been more than entertaining enough lately and I’ve been looking forward to these shows more and more lately. Let’s get to it.

No Maria with Cole here. The announcers don’t try to hide the fact that this is going to be a glorified squash. Cole stomps him down in the corner to start and does his signature pose. The AA onto the knee sends Hollis into the corner again and a Shining Wizard breaks up a comeback.

Hollis tries a springboard and is quickly knocked outside for his efforts. Back in and Cole misses a superkick and has his suplex countered into a Stunner of all things. Sean O’Haire’s Widowmaker (kind of a fireman’s carry into a spinebuster) but Cole stops him dead with a superkick. A brainbuster onto the knee gives Cole the pin at 4:29.

Result: Adam Cole b. Corey Holis – Brainbuster onto the knee (4:29)

Post match we get a quick Story Time with Adam Cole where Kyle O’Reilly is guaranteed to be destroyed.

The Young Bucks vs. the All Night Express vs. the Briscoes for the #1 contendership is confirmed for Final Battle.

The Bullets are Jon and Trey Williams, who refuse to shake hands before the match. Hanson clotheslines both of them down and it’s off to Rowe to German suplex Trey. Path of Resistance sets up Fallout for the pin on Jon at 1:33.

Here’s former referee Mike Posey as a rapper and a five person posse. The fans sound stunned as he “raps” about beating Dalton Castle tonight.

Posey tries to jump Dalton before the bell and is easily suplexed for his efforts. Some headbutts have Posey in trouble and Dalton goes after the posse. The distraction doesn’t work as Castle belly to bellys him out to the floor, setting up the Bang A Rang for the pin at 2:50.

Post match Castle describes himself as the Aurora Borealis of the ring and says he’s as majestic as they come. Castle: “Isn’t that right Planet Peacock?” He wants Silas Young out here right now but gets the Boys instead. It’s just a distraction though, allowing Young to sneak up behind Castle for a beating.

Here’s Jerry Lynn for a special appearance. He talks about everyone calling him as he went through a recent surgery and was overwhelmed by all the support. We quickly move on to the upcoming World Title match and Lynn can’t pick a winner. Lynn has traveled the roads with both guys and he sees it as totally even. Kelly directly asks him but here’s the House of Truth to interrupt.

Lethal accuses Lynn of being too old and out of touch so Jerry picks AJ. That’s enough for Jay so he takes off his shirt but Jerry says Jay beating him up would hurt Lethal’s parents. Lethal goes on a rant about how great he is and how much he’s done this year. He says he is professional wrestling and the House of Truth walks out.

Video on Moose vs. Michael Elgin.

Alex Shelley is on commentary. Sydal and Romero get things going with Matt working on the arm. Romero lands on his feet out of a monkey flip but one shot to the face sends him crawling over to Trent. That means a double tag and Trent takes over with some chops. ACH flips around a lot and dropkicks Trent to the floor as we take a break.

Back with Sydal in a Romero Octopus hold. A regular headlock doesn’t work all that well and it’s a hot tag to ACH as things speed way up. Trent gets kicked in the face to put him on the floor, setting up the Jordan flip dive. Back in and a delayed German gets two on Romero but Vice comes back with a string of knees to ACH’s head for two. Standing Sliced Bread #2 drops Sydal but ACH kicks Romero in the face to put all four down.

Romero goes up to but gets kicked in the head, setting up a quick hurricanrana from Sydal. ACH takes Romero to the floor but Sydal’s shooting star hits Trent’s knees. Trent’s running knee gets two on Matt and all four are back in. Romero distracts Trent to break up his kneeling piledriver and Code Red (a sunset bomb) is enough to give Sydal the pin at 11:31.

One more run down of the card ends the show.