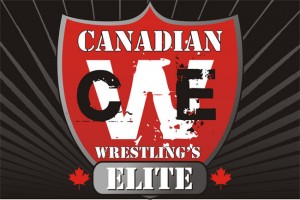 WINNPEG, MANITOBA (11/02/12) – Canadian Wrestling’s Elite (CWE) launches their inaugural television series today, Friday November 2nd, 2012, on NACTV!  CWE TV will air each and every week on Wednesdays at 3:30 PM, Fridays at 9:30 PM and Saturdays at 10:30 AM on the following systems:

Don’t have access to those cable systems or live outside of Manitoba?  You can watch NACTV’s live stream online at their official website http://NACTV.ca.

Starting Friday November 29th NACTV will expand as part of Bell ExpressVu satellite systems channel line-up so you can watch CWE TV on Bell ExpressVu!  A channel number has not yet been assigned so check your local listings.

Want to watch CWE TV and NACTV on Shaw Cable systems?  Write them and let them know you want NACTV to be added to the Shaw Cable channel line-up!  You can write Shaw Cable by snail mail at 22 Scurfield Boulevard, Winnipeg, Manitoba, Canada, R3Y 1S5 or by e-mail on Shaw.ca at https://shaw.ca/Secure/Contact-Us/Email-Us/.

The CWE is Canada’s Fastest Growing Entertainment Alternative!  Based out of Winnipeg, Manitoba CWE was launched on January 23rd, 2009.  Since its inception it has grown into a touring company producing top quality live events throughout Manitoba, Ontario and Saskatchewan.  CWE presents the best independent talent throughout Canada, the United States and Japan along with former WWE, TNA Impact Wrestling, and Ring of Honor stars.