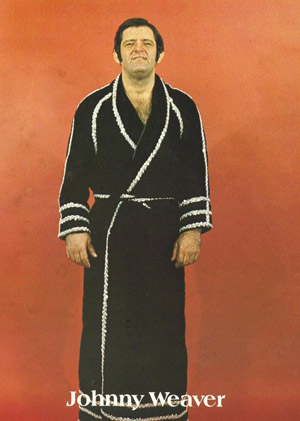 * Legends gather to celebrate Johnny Weaver and the tournament in his honor!

Gemini Kid entered the ring after Kamakazi Kid was preparing to land a
frogsplash on Nick Richards in a post-match confrontation. Gemini
instead was crushed into the mat with a flying cross-bodyblock. Tag
team partner Jesse Ortega then rushed in and as the duo attempted to
rough up Kazi, Xsiris entered the fray, ending with Kazi and Xsiris
flooring the team of Gemini & Ortega with challenges issued by both.

Garry “Madd Trucker” Stevens confronted Comissioner Ty Dillinger,
demanding an apology for the offensive words that “Little Billy” was
offended by. Instead “Simply” Steve Greene attacked the Madd Trucker,
beating his surgically repaired knee that has kept him out of action
all of 2007 and Dillinger also stole “Little Billy.” Dillinger told
Trucker he could have 20-minutes against Greene if he could bring his
broken down body to Greensboro.

Mitch Connor pulled off another incredible win by defeating “Infamous
Icon” Joey Silvia in the Finals of the 2007 Johnny Weaver Cup
Tournament, clinching yet ANOTHER guaranteed title shot, which he
immediately announced would be for the Mid-Atlantic Heavyweight Title
held by “Infamous Icon” Joey Silvia on September 8th at the Civitans
SuperBrawl in Greensboro NC!

The CWF returns to live action on Saturday, September 22nd, at the
air conditioned & heated Carolina Sports Arena, in Burlington, NC!
This is a full card of great action!