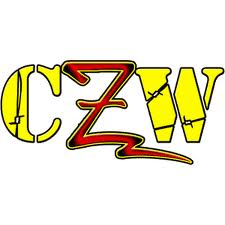 CZW in England, Germany, Japan, US in next 30 days!

Starting this weekend, CZW begins a month of events that will span the globe:

And on Saturday, October 12 CZW returns to Voorhees, NJ for ‘Cerebral’ and a double header with WSU at The Flyers Skate Zone, 601 Laurel Oak RD!