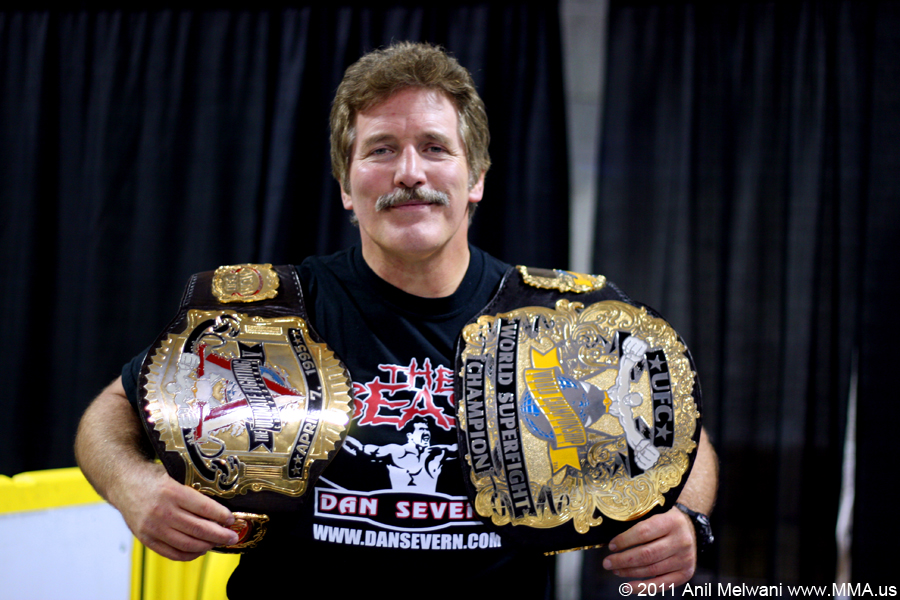 UFC Hall of Famer, MMA Legend and Former WWE Superstar Dan “The Beast” Severn will be the special host for Lasting Legacy: A Tribute to Jim Cornette on March 7, 2015 from 8-10 PM in Wilmington, NC at the Coastline Convention Center.  Dan will also be making a personal appearance during the Pro Wrestling Fan Expo which takes place from 10 AM – 5 PM and will be participating in a special rare Hall of Fame Q&A Panel for VIPs attendees only during the Expo, featuring himself, WWE Hall of Famer “The Million Dollar Man” Ted DiBiase and WWE Hall of Famer Harley Race.  Dan is brought to you by American Combat Elites!

Read more about the event here!