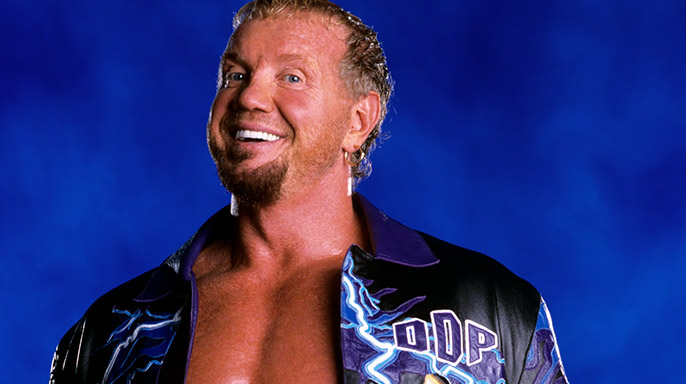 Here is a classic video from the July 7, 1997 edition of WCW Monday Nitro.

In a match against Randy Savage, La Parka suddenly executed Diamond Dallas Page’s finisher, the Diamond Cutter on Savage and gained the pinfall. After the match “La Parka” unmasked to show that it was Savage’s rival Diamond Dallas Page under the mask, using the ruse to get back at Savage. A couple of weeks later, Savage wrestled against the real La Parka defeating him to gain a small measure of revenge.