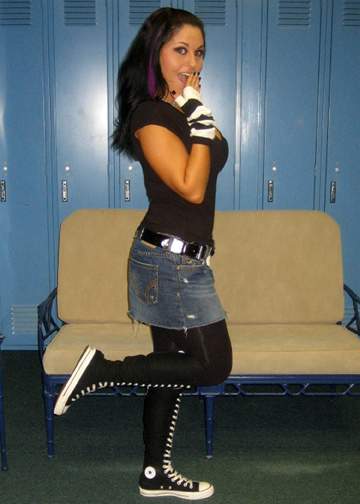 If you missed the Tuesday November 1st edition of the Online World of Wrestling Radio with hosts Alan Wojcik, Spug & guest contributor Jim Varsallone of the Miami Herald (www.miamiherald.com).
Here are the highlights:

The show was opened with a recap of Monday Night Raw which was highlighted by the legendary Muppets plus news and notes on the new WWE Network, former superstar Barry Windham’s health scare & the release of Maryse. Alan & Spug moved onto TNA Impact Wrestling and the story new World Heavyweight champion “Tennessee Cowboy” James Storm is viewed as “too southern” to represent the promotion.

Our 1st interview of the evening came from Canadian All Pro Wrestling which debuts this Saturday in Calgary, Alberta. Appearing on the debut event will be former TNA superstar “Hotshot” Johnny Devine who shared his unique view on the rise of wrestling style promos in UFC, what wrestling needs to do to compete & vice versa, his flight to Miami Beach with Georges St. Pierre, dealing with Kayfabe in a social network environment & much more. For information on CAW’s Onslaught log onto www.canadianallpro.com

The 2nd interview of the evening came courtesy of our friends at Crossfire Wrestling who will hold “A New Beginning” on November 5th in Nashville, TN. Our guest was former TNA superstar Becky Bayless. During her time with Alan, Becky detailed her time in TNA as Cookie of the Shore, her feelings on the real Jersey Shore, her debut in Crossfire, her return to WSU on iPPV November 19th and much more. Log onto www.crossfirellc.vze.com for the entire lineup heading to the TN State Fairgrounds! You can also check out www.wsuwrestling.com and Follow Becky on Twitter @Becky_Bayless.