Home / WWE / Did Ricardo Rodriguez want to return to WWE with ADR?

Did Ricardo Rodriguez want to return to WWE with ADR?

By OWW Contributor on December 8, 2015@owwcom 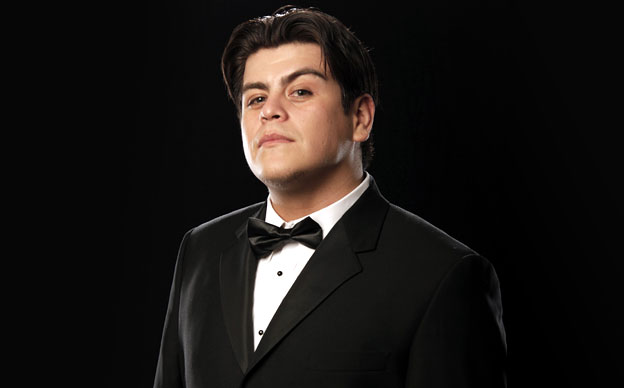 In the interview Ricardo chats candidly about moving to India to be a trainer at The Great Khali’s pro wrestling school, The Great Khali’s popularity in India, whether he thinks WWE or TNA will be successful in the market and what it has been like transitioning in to Indian culture.

Ricardo then shares his reaction to Alberto Del Rioreturning to WWE, whether he was asked to return to WWE with Del Rio, an idea he had for WrestleManiathat was dropped, Del Rio wrestling for WWC in Puerto Rico while under a WWE contract, why he was paired with Rob Van Dam for awhile and how it came about.

On whether or not there were any talks to have him come back with Alberto Del Rio for this most recent WWE run:

RR: Here’s the thing, myself and Alberto, it’s more than just an on-screen friendship. We are legit friends. We talk to each other a lot. He had not told me when but we had chit chatted one day about maybe, “Hey, would it be cool if this happens? Or that happens?” Between me and him yes we had talked about it. He had said that he was working on something but he wasn’t sure. He didn’t want to jinx it so he didn’t want to say anything yet. Then, sure enough, we were done training and I see all over my Twitter feed that he came back (to WWE). I was like, “Oh!” There was never, honestly, any resentment. There was never any like, “Oh, he betrayed me!” Or, “Hey! He didn’t tell me!” There was never any of that. There really wasn’t. It was more so that I was happy for him. There was legit joy when I found out that he came back. Later on when I saw that he won the title there was never any form of jealousy. That’s my brother. I love him, he’s my brother. I was happy for him. As far as talks with me? No, not really.

On whether he was surprised that Alberto Del Rio returned to the WWE:

On his thoughts on Alberto being paired with Zeb Colter for this WWE run:

RR: I’m not going to lie. Just because of the schedule here (in India), the fact RAW doesn’t air live here. I think it airs maybe a day or two later. At the time it airs we are usually training here. So, I have not really been paying attention. I only know what I read on-line. That’s all I know. I can’t give you my full opinion on it or how I feel properly just because I haven’t seen it. All I know is what I read on-line. It was obviously awkward and weird when I first read about it. WWE will always be running. They will always find some way of making something work. Like turning a rock in to a diamond, somehow. If it doesn’t work they are going to cut it off and start something else. I honestly don’t know because I don’t know. Obviously I’m legit Mexican American. My parents are Mexican and I was born in the US. I’m actually Mexican American. I’m sure this got me in to a lot of trouble when the whole Donald Trump thing was going on. I just went full bananas on Twitter about Mexican Americans and any kind of nationality. Like, “Hey! Boarders!” And all this other stuff. When I first heard the term “MexAmerica” I was like, “Hey! That’s me!” That’s a whole bunch of other people that I know who are Mexican American. You have your Irish American, your British American, your Japanese American, your Korean American… like I said, I haven’t been watching. I haven’t been following. When we first started doing the whole thing with Zeb and Swagger. The whole, “We The People,” leading in to WrestleMania. I was so in to it. There were a lot of things I wanted to do but I didn’t open my mouth. There were so many things and ideas that I wanted to do because my close friends who know me know that even before WWE I was so in to politics. I was so in to the whole idea of being from California, being from Los Angeles, we dealt with immigration. We dealt with racism. We dealt with all of those situations in real life. I was so in to that whole storyline. I love Dutch. I’ve been a big fan of his whole career.