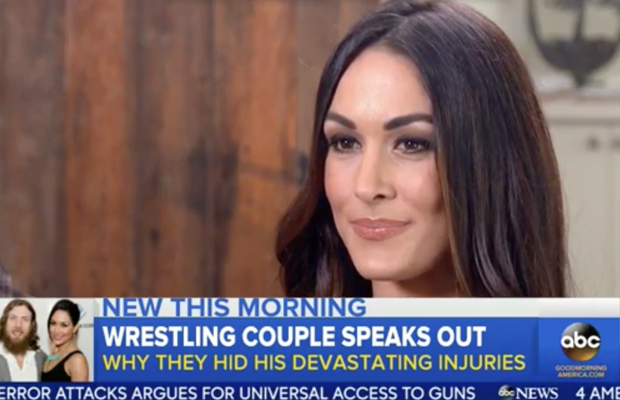 With rumors circulating that Brie is planning on leaving the WWE as early as this week, she confirmed in part of the interview that she was planning on “hanging up the boots” sooner rather than later, saying:

“Feeling and seeing everything he went through with his retirement, it’s time for me to hang up the boots. It’s going to be hard for me as well, but that day is definitely very close.”

Although reports are indicating that Brie could leave as soon as her match with Charlotte at Fastlane, the story’s reporter indicates that Brie’s retirement announcement may be pushed back until the summer. A subsequent WWE.com article has backed this up.

Watch clips from the interview here!