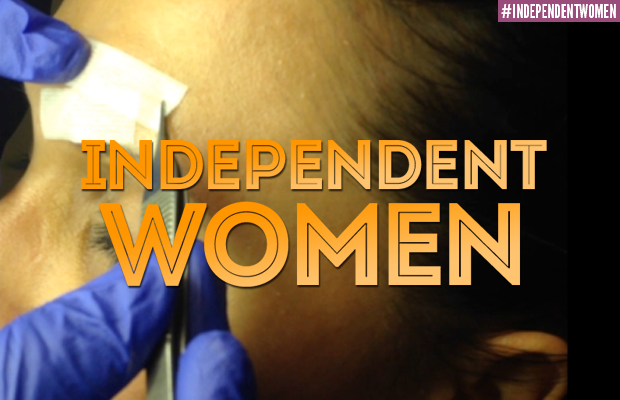 In the fifth episode of Independent Women – titled “DeStitched” – Cheerleader Melissa has her stitches removed after a head wound suffered at SHIMMER heals.

Warning: This video contains content that may upset the squeamish.

Independent Women is Diva Dirt’s original web series that gives fans a peek behind the scenes at the lives of women’s wrestlers on the independent scene, from life on the road to the action backstage.

The star of the series is SHIMMER Champion and the woman atop the 2013 PWI Female 50, Cheerleader Melissa. She will personally film her experiences on the indy scene, from cutting promos to getting stitches to rubbing elbows with the biggest names in women’s wrestling.

The goal of this series will be to expand to get the perspectives of several women on the indy scene, with Melissa as our star. If you are a well-known indy wrestler interested in getting involved, please contact us!