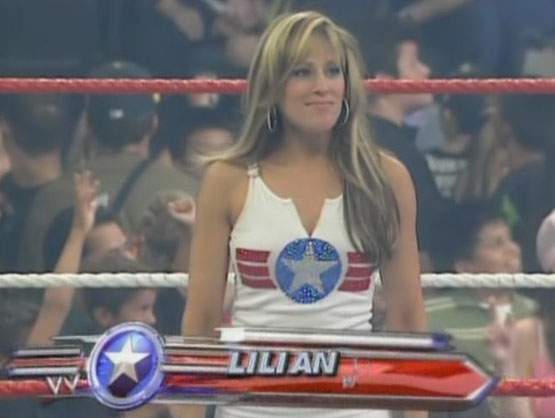 Diva Dirt was joined by the Decade Diva, Lilian Garcia this past week in a 40 minute interview discussing her time with the WWE. Lilian, who retired in September, revealed what she’s been up to since then including details on a new album possibly due for release later this year, plus her thoughts on Maria Kanellis and Mickie James getting into music. We also discuss how she felt when Trish retired, her thoughts on the infamous ‘strudel’ segment with The Rock, her love affair with Viscera, being knocked off the apron by Charlie Haas and plenty more.

In a short excerpt, Lilian’s comments on whether she was ever tempted to get into the WWE ring herself: “I thought about it but then I started thinking, that’s really a full time job. I don’t think it’s fair for someone to show me a couple of moves and then me call myself a wrestler. I think it’s a slap in the face for the Divas who have been training for years and years and years. So I decided that my role here is to announce and to sing, and that’s fine.”

Fans can listen to the interview here:
http://www.diva-dirt.com/2010/03/18/exclusive-lilian-garcia-on-retiring-from-wwe-her-new-album-a-decade-of-memories/