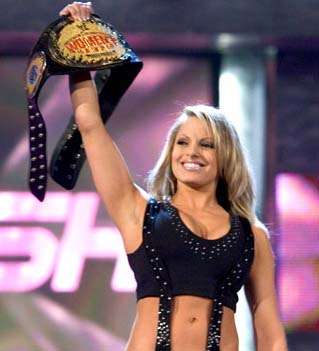 Diva-Dirt.com (Diva Dirt) is extremely pleased to announce today the launch of the ‘Diva Dirt Legacy Award’ with multi-time WWE Women’s Champion, Trish Stratus, set to be honored as the first recipient.

“This award is our way of saying ‘thank you’ for the years of entertainment that these women have provided fans across the world,” said Diva Dirt’s Editor-in-Chief, Melanie Rob. “Women’s wrestling may be a niche, but these women work just as hard as male wrestlers and the sacrifices they make for our enjoyment, such as injuries, are real. This is our salute to you.”

The first recipient of the ‘Legacy Award’ is a woman who is synonymous with women’s wrestling. A seven-time WWE Women’s Champion, Trish Stratus broke barriers for women in the wrestling industry during her tenure with WWE from 2000 through to 2006. Not relying solely on her obvious beauty, Stratus matched her looks with a strong in-ring repertoire, charming wit and personality, as well as a shrewd business sense. Her countless accomplishments include a record-breaking seven reigns as Women’s Champion, being voted WWE’s ‘Babe of the Year’ by the fans three years in a row, and receiving the highly acclaimed ‘Diva of the Decade’ award.  Throughout her career, Stratus participated in numerous high-profile matches and storylines, including a Women’s Championship match as the main-event on Raw, as well as multiple WrestleMania matches.

“There is no one that I can think of more suited to be our first ‘Legacy Award’ winner than Trish. She is a benchmark for women in this industry and her popularity to this day remains unrivaled. Trish is one of the women responsible for enticing a new generation of fans to enjoy female wrestling, even inspiring some of the female wrestlers we see on television today. We are honored to present this award to Trish,” added Rob.

”I feel very blessed to be recognized by Diva Dirt for my achievements in the WWE. Growing up as a wrestling fan, it was truly a dream come true to end up doing something that I was passionate about for a living. It is a great honour to be recognized by a website that proudly supports women’s wrestling, and highlights the importance of female contributions in a male-dominated industry.” 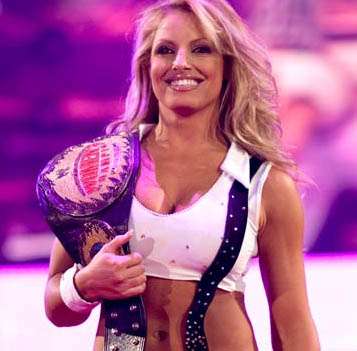 The ‘Legacy Award’ is being presented in conjunction with the Female Fight League (FFL), founded in 2010 by Jason Deadrich, the FFL is an organization that unites all-female promotions, as well as fans, to bring respect and exposure to professional female wrestling.

Jason says, “It is with great honor that the Female Fight League works alongside Diva Dirt to present this award to Trish Stratus.  There is no other female professional wrestler that deserves this award more. Trish is a wonderful role model and someone who has clearly proven herself in the wrestling business.”

ABOUT DIVA-DIRT.COM
Diva-Dirt.com (Diva Dirt) is the largest professional women’s wrestling website on the Internet, committed to providing up-to-date news, editorial, interviews and radio shows. Launched in March 2008, Diva Dirt has quickly become the most popular online destination for fans of women’s wrestling with over 1 million monthly visitors.

ABOUT FEMALE FIGHT LEAGUE
The Female Fight League consists of some of the greatest wrestlers and promoters in female wrestling, working together to better the future of our industry.  The FFL is currently represented by promotions in the United States, Canada and Europe.

ABOUT TRISH STRATUS
Trish Stratus is an international television and magazine celebrity, best known for her achievements with WWE. Over the last decade, Stratus has dedicated her life to health and fitness, and has managed to transform her passion into a recognized brand. Stratusphere was officially launched with the opening of her yoga studio, the largest in Canada. Stratus’ yoga and fitness product line, set to debut this spring, will reflect her brand’s core philosophy of achieving wellness through balanced living.