Home / Columns / Dixie Carter to be guest of YouSHOOT Live!

Dixie Carter to be guest of YouSHOOT Live! 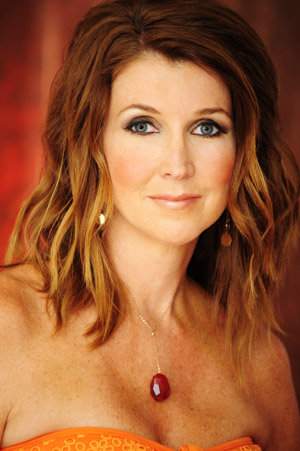 DIXIE CARTER TO APPEAR AS GUEST AT “YOUSHOOT LIVE” AND CONVENTION

It seems with all the TNA talk these days, fans and wrestlers alike would have a lot to say to Dixie Carter.

And now they’ll have their chance.

Pro wrestling production company Kayfabe Commentaries LLC and convention promotion outfit Legends of the Ring have again joined forces for a rare Dixie Carter event in New Jersey on May 14 and 15.  Friday night, May 14 will see the launch of the first ever “YouShoot: LIVE!!!” — a live, audience participation (plus webcam and email!), video taped event, derived from Kayfabe Commentaries’ revolutionary “YouShoot” DVD series.  First guest of honor…Ms. Dixie Carter. And yes, she’ll answer it all.

Saturday morning May 15 Ms. Carter will be the vendor guest of Legends of the Ring & Kayfabe Commentaries for a rare autograph signing and photo op at the Legends of the Ring convention.  Both events are held at the Crowne Plaza Hotel in Mornoe, NJ.  Very affordable ticket packages have been released and can be viewed at both www.kayfabecommentaries.com and www.legendsofthering.com.

“LOTR was already the premiere convention in the U.S., literally recognized and respected worldwide by the wrestling industry.  There are a lot of convention-type events but they’re the big boys.  KC was rapidly recognized as a gamechanger in the wrestling DVD market, with innovative ideas and high-quality execution.  Our partnership, with ‘Ring Roasts’ and now ‘YouShoot: LIVE!!!’, makes these two annual weekends the must-attend live events in the northeast.  Fans know what to save their money for every six months now!”

Legends of the Ring’s James Soubasis concurred.  “We are very excited about adding Dixie Carter to the unparalelled list of names that do business with our show. We pull out all the stops to bring our fans top talent.  Like this…the first and only time a major company owner has guested at a convention.  And she chose ours.”

With “Ring Roasts” running every October, that left LOTR’s May convention slot open for another live event idea.  Thus the birth of “YouShoot: LIVE!!!”

“It’s a wildly popular series and it’s built on fan participation,” Oliver began.  “So now fans can send emails, get on the webcam, AND stand up and ask a question in person.  And what better a guest right now than the owner of one of the majors.  Dixie Carter will astound and amaze at ‘YouShoot: LIVE!!! She’s going to be great!”

“YouShoot: LIVE!!!” tickets start at $20 for general admission. Ticket packages are also on sale which include not only the event ticket, but also an opportunity to meet Dixie, be photographed with her, and get an autograph the following day at the Legends of the Ring convention.  Dixie will be at Kayfabe Commentaries & Legends of the Ring’s vendor table from 9 a.m. – 12 noon.