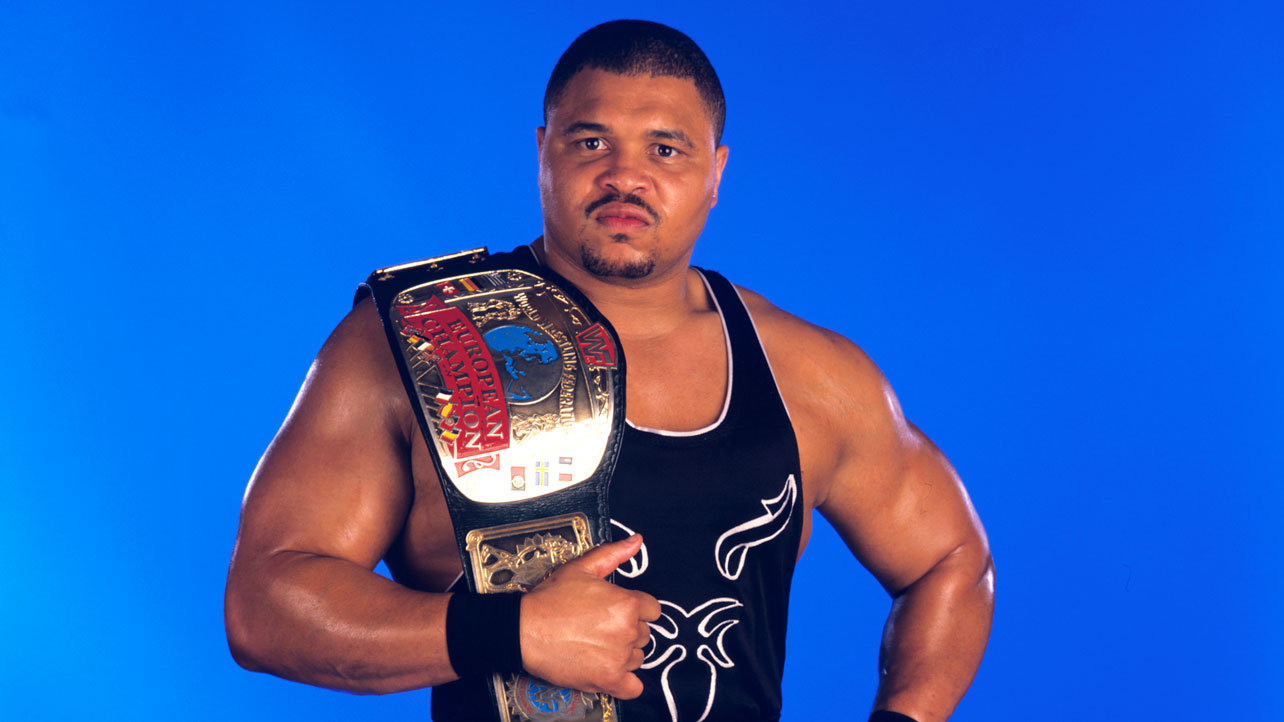 The Pancakes and Powerslams Show was pleased to have D’Lo Brown as a special guest host to promote his new D’Lo Academy wrestling school. He had much to say about his time in WWE, TNA and Japan. Here are some highlights:

On the origin of the Chest Protector: It was never a torn pec. It was a gimmick to make people mad at me. It was not my idea. In fact, when the idea was pushed to me, I hated it. I remember being in [WWE] catering, and Jim Ross sat next to me and said, “D’Lo, we need to find something that’s gonna separate you from the pack. Do you remember Iron Mike Sharpe and the forearm protector and the broken arm?” I said, yeah. He goes, “What if we did something different? Your finish is a frog splash. What if we hurt your chest? And you come back with this protective coating on your chest, like a chest protector. And when you hit the finish, it intensifies the frog splash.” And I sat there and shook my head and thought, “Oh my God, I think he’s crazy!”

So I remember going home and talking to my girlfriend/fiancee at the time, and telling her. I was livid, I thought I was going to be the laughingstock of wrestling. Probably the most intelligent, prophetic, deep thing she ever said to me was, “You need to try it, and if it fails and you try it, it’s their fault. But if you don’t try it and it fails, it’s your fault.” So I went back and told JR let’s try the chest protector thing, and two weeks later, Dan Severn pulled my pec, and a month later I came out with the chest protector. That’s the thing that really put me out there.

Whether there is any aminosity between him and Droz: As a performer, I was never the same. There was time after that when I quit wrestling. Luckily, Jim Ross called me and talked me out of that. There’s no hatred from Droz towards me. We both understand the risks we take when we go in the ring, and it’s dangerous in there. Just because it’s predetermined, that’s why they have the PSAs of kids don’t try this at home.

But as far as Droz and I are concerned, we’re boys, we’re good, we’ve talked throughout the years. He has a place in my heart. There’s not a day that goes by that I don’t think about him. There’s no blame on either side from either person.

On what caused his failed gimmicks with Tiger Ali Singh and Teddy Long at the end of his WWE career: It wasn’t because of the Droz thing. I will tell you, in my opinion, the character of D’Lo was floating around and doing really good things, and then Vince Russo went to WCW. And there were rumors of me going to WCW, and everything was downhill from there. I had a great time teaming with Chaz, but I hated the turbins and Tiger Ali Singh. That was the lowest point of my career.

The Thuggin’ and Buggin’ was me floating through and them trying to find something. But, I totally believe Vince Russo made the move to go to WCW, I don’t know where the rumors came from, but there were rumors that I was going to go to WCW which couldn’t be further from the truth. And, as a result of that, life went downhill quickly.

D’Lo also discussed his time in the Nation of Domination, both of his TNA runs, success in Japan, involvement in Aces & Eights, being an agent, ROH, and more. You can listen to the full interview at this link.