Home / Columns / Sunset Flip: Do You Like Tyler Black? 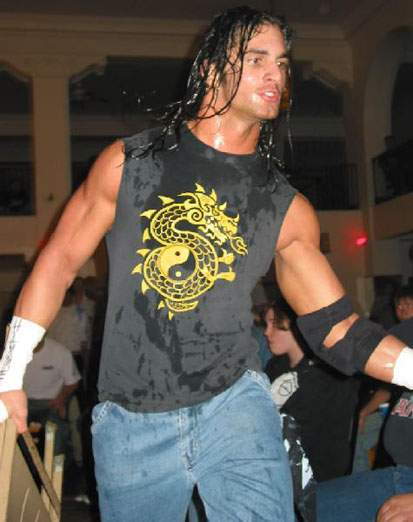 It was said on my show, Sunset Flip Wrestling Show, that I did not want Tyler Black to win in the Manhattan Center. However, I felt that I was the only one that thought that. I have read reports that Cary Silkin himself asked a fan or two why they did not like Tyler Black. Not sure of the response though.
To be very honest, I was very surprised that so many people did not like him that night. I was prepared to be in the minority on Saturday night and wound up being in the majority.

While I cannot speak for every fan that was in NY this past weekend, I can speak for myself and express why I did not want Tyler Black to win this past weekend.
There are many great wrestlers in Ring of Honor and most of them have some sort of cool aspect of their character. Chris Hero is “that Young Knockout Kid”. Delirious is just nuts, literally. Austin Aries calls himself “A Double”. Kevin Steen is “Mr. Wrestling”. What is Tyler Black? Tyler Black looks like a generic wrestler with nothing special (outside his in ring skills) about him. I like Roderick Strong because as one point he was known as the “Massiah of the Backbreaker” and still uses variations of the backbreaker. My friend likes the name Roderick Strong because he think it sounds like a porn star name. I could definitely see that, but I don’t actually want to see that. If you know what I mean.
I also feel like Ring of Honor has pushed Tyler Black so heavily but there is nothing special about him. Hence, the “overrated” chant that was start in NY. Again, I will not doubt Tyler’s wrestling ability at this time because I do not think he is awful in the ring. Let me put it to you this way. I constantly hear WWE refer to Triple H as being “the best in the business”. However, if you actually watch the show you know he is far from that. In the past couple of years, his mic skills have either sucked or just been plain boring where you can zone out listening to him. His wrestling skills have become even more predictable than ever before.
This applies to Tyler Black because as great as Ring of Honor portrays him, he does not live up to it. Please do not misunderstand me. He is not a terrible wrestler and definitely not as predictable as The Nose. He is just not as great as the company makes him out to be and definitely not the best that Ring of Honor has to offer.
The final reason is a selfish reason. The last show I went to, which was during a blizzard in the area, Austin Aries AND Tyler Black bored the hell out of everyone with the unscheduled 60 minute draw. To me, it proved that both of them can never do an Ironman match. The thought may have not been fair but it was my thought. So why give Austin Aries a break? The reason is because Austin Aries has the cool “A Double” stuff going for him and he has great mic skills, something that I cannot say the same about Tyler.
Will we get a long Tyler Black reign? I hope not. But if he does, I really hope they add more to his non-existant character so that people can get behind him. More importantly, i would like to ask you. Do you like Tyler Black

Check out the latest edition of Sunset Flip Wrestling Show at sunsetflipwrestling.podomatic.com as we start naming wrestler for the upcoming Summer Rumble event that starts Memorial Day. This show is the aftermath of my “exciting” battle against the TV Lost Smoke Monster.

Also, if you are reading this between the hours of 4pm-11pm EST on Monday, visit the Facebook page at www.facebook.com/sunsetflipwrestling   as we have “Summer Rumble Monday Madness”. Starting a 4pm EST we will announce a new participant every hours until 11pm EST.

Have a great week everyone.

Related Items
← Previous Story AS I SEE IT: by Bob Magee (PWBTS.com)
Next Story → 3XW Over The Top Results from May 7th