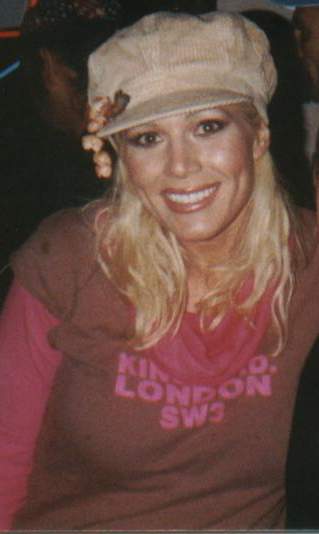 Well, the trip to Orlando was great! I brought one of my best friends, Jill, with me as well as 2 of my brothers and I must say we really rocked Orlando! It took me over a week to recover, but it was all worth it!

My health is doing ok as far as back problems. I must say there are days that I wake up and ask myself why the heck I put my body through what I did the last few years but it’s all worthe it. I can never trade all of the awesome experiences that I have had in the WWE and of course all of the great life long friends that I have made along the way. I have been told by 2 back surgeons that I should never set foot in a wrestling ring again if I want to be moving around in a few years on my own. Pretty depressing if you ask me….I don’t even have some awesome memory of what my last match even was or who it was with. Hopefully it was with Victoria and I beat her! (-:  I guess everything happens for a reason for sure. Regardless of not traveling with WWE as of late, I have actually been ridiculously busy lately working on more designs for my up and coming clothing line. I must say that I am soooo excited to wear some of the cool stuff that we are coming up with and I hope you are too! Only time will tell….

I had an awesome night out with my WWE friends in Orlando and also got to hit the mall with my best shopping partner ever, Michell McCool! That girl can SHOP! ..never ever thought that I could meet my match but I have and more. (-: I was pretty disappointed that I couldn’t have had some sort of role in Wrestlemania itself, but understand that priorities are not with someone that isn’t feeling their best ….maybe it’s better that I wasn’t a part of it who knows! It was pretty weird watching it as a fan though…I even had the experience of filing into the citrus bowl with everybody else and it was CRAZY!!!!!

I am heading over to Japan on the 17th of this month to host a wrestlemania viewing party with the fans and I am soooo excited! I love love love Japan and of course the show was so good that I can’t wait to watch it again.

I must say that I am absolutely going so stir crazy being home after traveling nearly 300 days per year for the last 7 years, but I am guessing that God is telling me to take a break. I hope that all of you take time for yourself sometimes because I am just feeling like time passes by wayyyy too quick! It’s actually good that I have had some time to rebuild some relationships that have been broken from all of the travel that I have done over the years.

Well, I hope that you are all doing awesome and would love to hear what you thought of the big wrestlemania show if you watched!

Talk to you soon and love  you lots n lots!