Home / Columns / Does anyone know who this wrestler is??

Does anyone know who this wrestler is?? 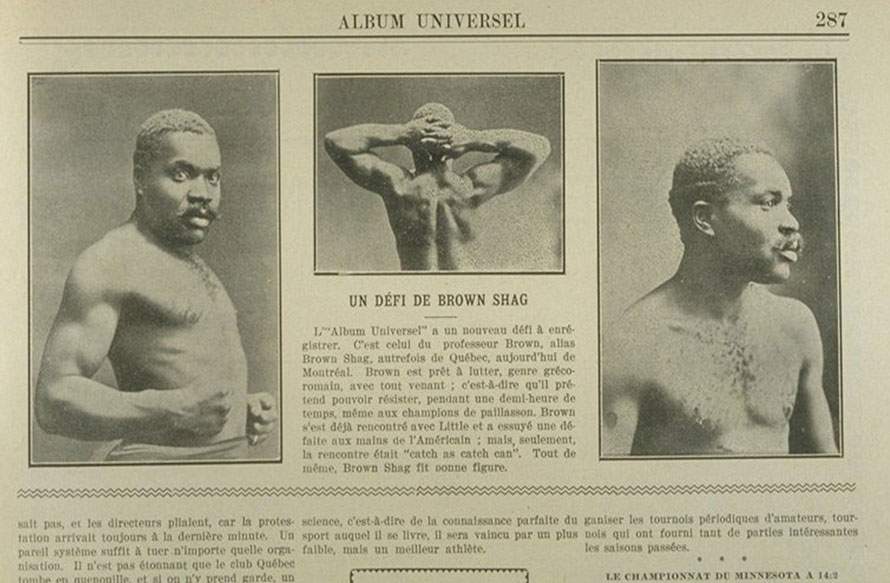 Professeur Brown, AKA apparently Brown Shag.  He was credited for being an expert in Greco-Roman wrestling in Quebec at the turn of the 20th century.

He was also a presentator at various wrestling events known then as «Parc Sohmer» of Montreal.  This attraction Park was located on 1146 Notre-Dame-Est corner of Panet in Hochelaga Montreal.

It is said of that individual, formely of Quebec (I assumed City) but now living in Montreal.

I have searched the Archives in Quebec and some for Montreal, and I did not find anything else regarding this wrestler, other than that picture.  Where in the world does he come from ????

Does anyone have an idea as to who this black wrestler might be ?

Thank you in advance for your time and help.