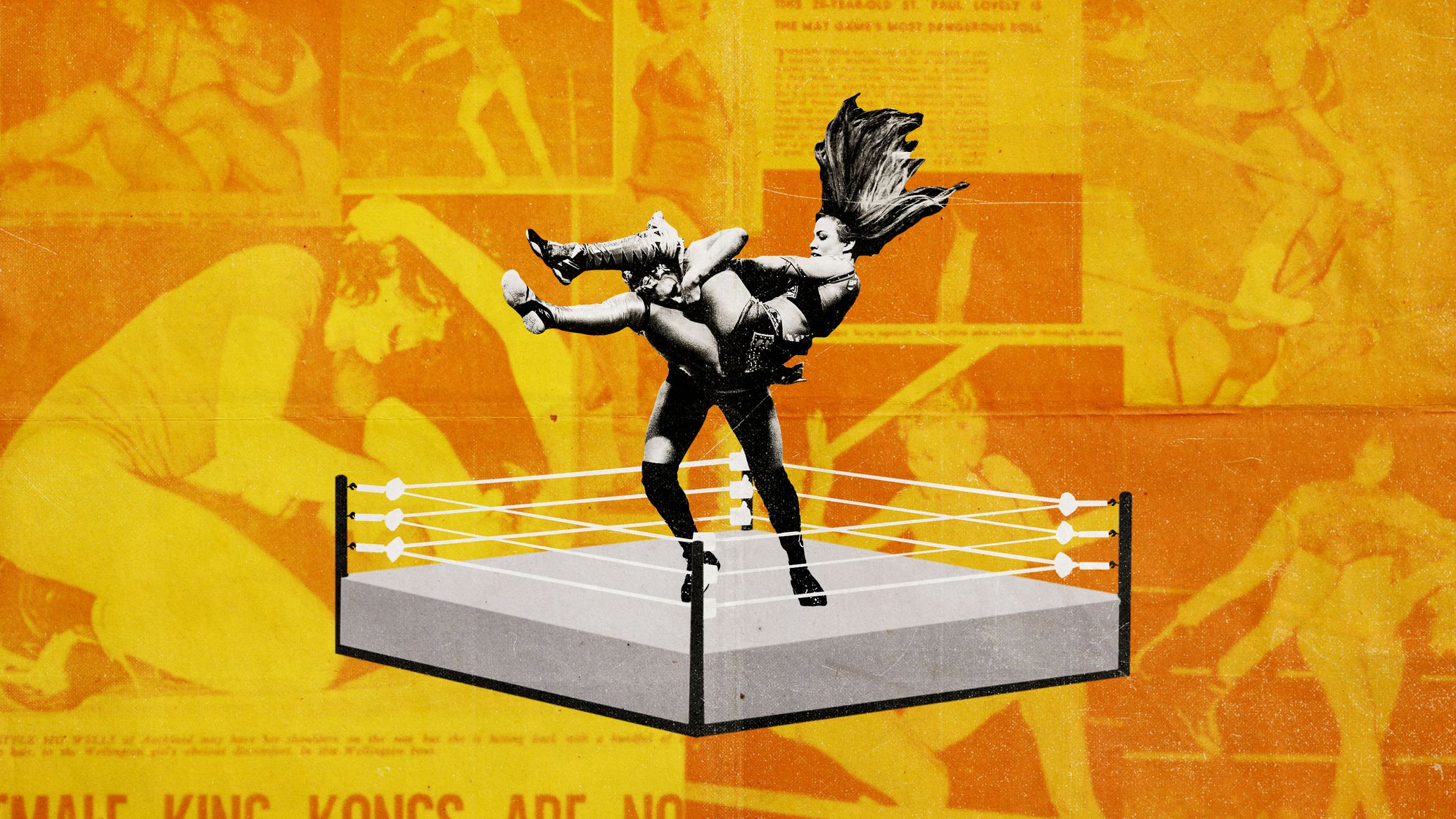 In the fall of 2016, I take the train to Chicago to watch an all-women’s wrestling show. Not the first of its kind, not by a long shot, but it’s the first I’ve been to: a production of Shimmer Women Athletes, an independent promotion founded in 2005 with the goal of showcasing the world’s finest female wrestlers, women who?—?at the time?—?had few options when it came to plying their formidable skills on a grander stage.

A ring has been set up under the crown molding and fluorescent lights of Logan Square Auditorium, and a few hundred folding chairs surround the ropes. Heaps of merchandise form a blockade along one wall, each table helmed by a wrestler selling shirts with her own slogan on them, posters of her own face. In the 10-plus years of Shimmer’s existence, performers from Beth Phoenix to Becky Lynch (and Natalya, Paige, Bayley, Asuka, Ember Moon, Billie Kay, and more) have been part of the roster; Sara Del Rey?—?also known as Sara Amato, the assistant head coach of World Wrestling Entertainment’s developmental division?—?was Shimmer’s inaugural champion.

Tonight, the championship is carried by Mercedes Martinez, a 16-year veteran of the independent wrestling circuit and a sneering heel inside the ring. Outside of it, she’s confident and kind, sure-footed in her answers to my questions. “Respect,” she says, without a second thought, when I ask about the draw of competing for an all-women’s promotion. “Sometimes, when you’re on a male-dominated show and you’re the only female match, they tend not to pay attention,” Martinez says. “They think you’re just an attraction. Whereas on an all-female show, the audience is here to see the female athletes.”

The rapidly filling rows around me back her up. “Shimmer is my love and my home,” Martinez adds; she’s been with the promotion since the beginning. The company seems like home to a number of the people around me, wrestlers and fans alike, shouting back and forth across the aisles and tables, waving to old friends and greeting new ones. The energy is electric and comfortable, all at once, and everyone I interview is delighted to talk, effusive in their passion and camaraderie.

Martinez will star in the night’s show-stopper of a bout, dropping her title to Kellie Skater in an upset that draws the roaring crowd to its feet. Other matches feature the tag-team champions Evie and Heidi Lovelace, who soon will become better known to WWE audiences as Dakota Kai and Ruby Riott; future competitors in WWE’s Mae Young Classic like Shayna Baszler, Tessa Blanchard, Nicole Matthews, and Mia Yim; and a petite, auburn-haired wrangler in cowboy boots named Mickie James.

The event is a homecoming of sorts for James, who began her career on the independent circuit in 1999 and has long been friends with several members of the Shimmer team, though it’s her first go-round on the roster. In just over a week, she’ll enter a WWE ring for the first time since she was released from the company in 2010 after a five-year, multichampionship run. It isn’t clear whether her upcoming WWE match is a onetime thing or the start of a longer comeback, and James is justifiably coy?—?“Never say never!”?—?when I ask about her return to the big stage.