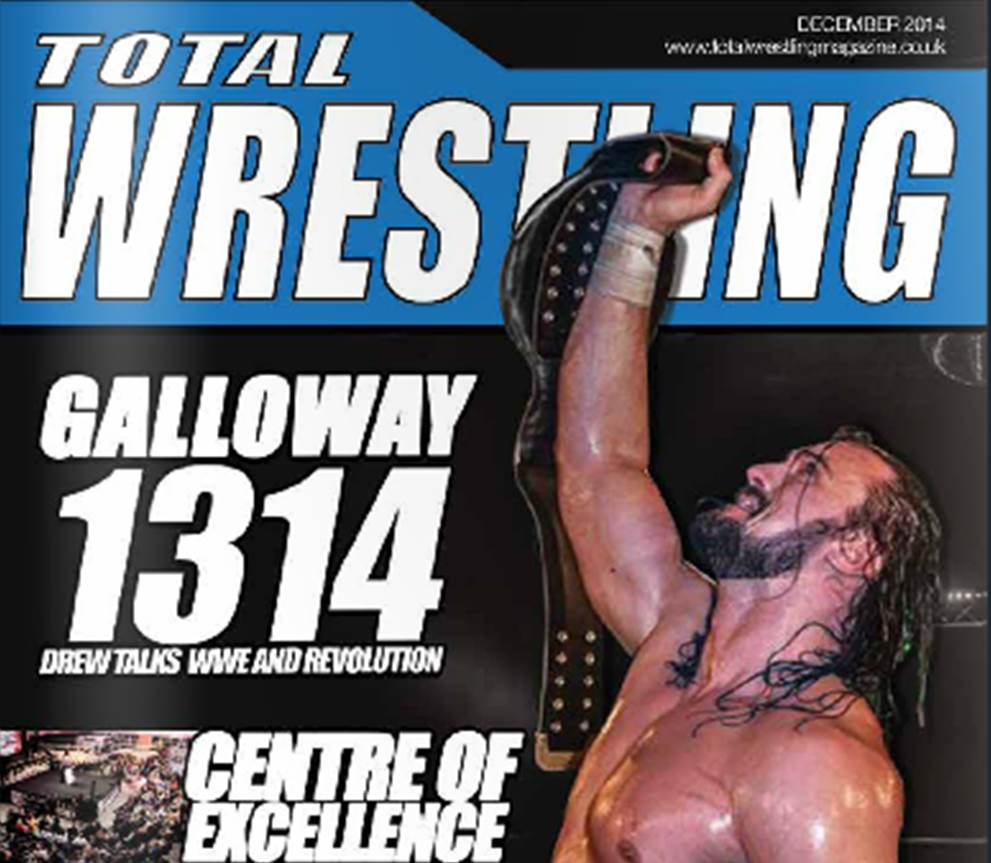 December’s issue of Total Wrestling Magazine is available now to read for FREE featuring an interview with Drew Galloway via:

Galloway, formerly McIntyre in WWE, a former WWE Intercontinental Champion opened up about his run in WWE and coming back to the UK wrestling scene.

Here’s what he had to say on Vince McMahon:

“When Vince McMahon said I was going to be a future world champion, he didn’t say when.”

“I achieved more than anyone or myself could ever have dreamed. My time there I had so many different roles, I’ve been in every position imaginable and at the age I am, it’s just unbelievable.”

An action packed December issue also features columns by current TNA Knockout, Gail Kim as she talks about her favorite matches this past year for Impact Wrestling and former WWE writer, Court Bauer as he breaks down how candidates are chosen for the WWE Hall of Fame..

We chat to the former Funkasaurus, Tyrus about his WWE departure and new life in TNA. We also investigate the WWE Performance Center, and we managed to grab a word with co-executive producer of Lucha Underground, Chris De Joseph about the company and its start on the El Rey network…

The issue is out now for FREE and can be viewed via – http://issuu.com/totalwrestling/docs/december_issue