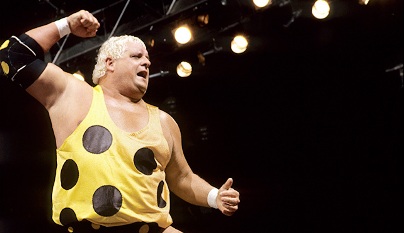 “I’m very excited about this year’s induction class,” said Gerry Brisco, 2005 inductee and president of the selection committee. “All of this year’s recipients represent the highest standard in our profession. This will be another great weekend for fans and fellow wrestlers to enjoy.”

A new event for 2017 will be the Hall of Fame Classic presented by Impact Pro Wrestling. This one-day tournament takes place on Friday, July 21 at 1 p.m. The finals will take place during the evening professional wrestling show.

There will also be a talent evaluation with current WWE scout Gerry Brisco. For more information on how to attend, e-mail Troy Peterson, owner of Impact Pro Wrestling, at [email protected]

All-Access Passes allow attendees an opportunity to attend all weekend events, including a ticket to the Hall of Fame Banquet, a front row seat to the Impact Pro Wrestling show (while available), and preferred access at the autograph signing.

Terry Allen (Magnum T.A.) will receive the Lou Thesz World Heavyweight Championship Award. The award is given to an individual in wrestling who has taken the skills of the sport into the realm of public service. Allen began his career competing in Championship Wrestling from Florida and Mid-South Wrestling, before becoming a national superstar in Jim Crockett Promotions. His career was cut short at its peak due to a tragic car accident on October 14, 1986. He worked behind the scenes in JCP and World Championship Wrestling. Allen inspired millions by overcoming seemingly insurmountable odds after the injury.

Stan Hansen will receive the Frank Gotch Award, which is given to a wrestler who, through their athleticism and toughness in the ring, brought a higher level of respect to professional wrestling from both inside and outside the business. Hansen started in professional wrestling after playing college football for West Texas State University. He was trained by the Funk family, and wrestled in territories around the United States, including headlining a Shea Stadium show against Bruno Sammartino. He is a former AWA World Heavyweight Champion, and had a 30-year career wrestling in Japan, where he became the most popular foreign wrestler in history. His book, “The Last Outlaw,” was published in 2012.

Mike Van Arsdale will receive the George Tragos Award, which is given to an exceptionally competitive wrestler who adapted his wrestling skills and competitive nature to excel in Mixed Martial Arts. Van Arsdale was a three-time All-American, an NCAA champion in 1988 for Iowa State, and a freestyle World Cup champion in 1997. The Waterloo, Iowa, native was a state wrestling champion for West High School as well as a junior national champion and a junior world runner-up. He compiled an 8-5 Mixed Martial Arts record from 1998-2006.

Scott Williams will receive the Jim Melby Award posthumously for excellence in professional wrestling writing or historical preservation. He co-authored the autobiographies of Bill Watts, Terry Funk, and Jim Duggan, and was an integral part of the Wrestling Observer Newsletter for years. Williams also wrote the book “Hardcore History: The Extremely Unauthorized Story of ECW” as well as serving in the first Gulf War. He passed away on August 17, 2016.

11:30 a.m. – Pro Wrestling Evaluation with Gerry Brisco at Five Sullivan Brothers Convention Center. Open to All-Access Pass Holders. Ringside tickets for the evaluation, Hall of Fame Classic, and IPW show can be purchased for $35 or general admission for $25.

1 p.m. – Hall of Fame Classic. Eight-person Tournament with the first round held at Five Sullivan Brothers Convention Center with finals held at IPW show in the evening. Tickets for the evaluation, Hall of Fame Classic, and IPW show can be purchased for $35 or general admission for $25.

9:30 p.m. – After Party for All-Access Pass Holders and distinguished guests.

12:30 p.m. – Salute to the Legacy of the Hennig Family at the National Wrestling Hall of Fame Dan Gable Museum.