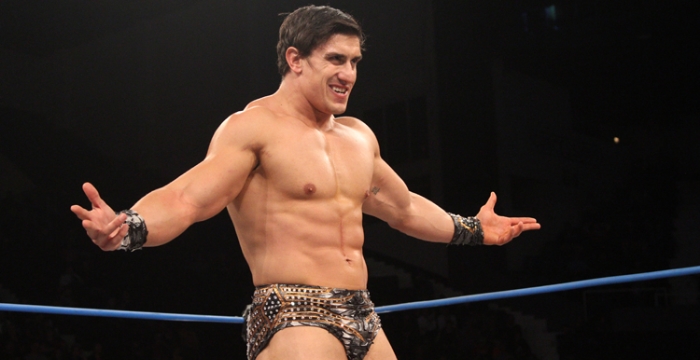 Ring Rust Radio had TNA Superstar Ethan Carter III on the show this week, and it was a great episode with plenty of exclusive content.

Donald Wood: The big news of the last week was Impact Wrestling’s move to Wednesday night. From a wrestler’s perspective, what impact do you think the move will have on the company now that the show won’t be in direct competition with the NFL or potentially WWE SmackDown?

Ethan Carter III: The one thing I’ve noticed with TNA is that it has its loyal fan base and we just need to improve on that and it seems like we have these past couple of months. As far as no direct competition, I know when it comes to NBA and NFL, they kind of bite into us a little bit on Thursday nights, so it’s going to be great to be away from that.

At the end of the day, we just need to keep delivering dynamite television to keep attracting viewers, and I think Wednesday nights is a great time to do it because I seriously see nothing on Wednesday nights when I watch TV, and I watch a lot of TV. So it’s actually a personal benefit to me because I like to watch the NFL and NBA too so now I won’t miss them at work, which is nice.

Donald Wood: It’s well known that you worked for the WWE for several years before making the jump to TNA. In my opinion, you were one of the most underutilized talents in NXT during your time there. Was there satisfaction in finding success almost immediately with TNA and did you enjoy proving doubters wrong?

Ethan Carter III: I’m an extremely motivated person, regardless of negative things that happened to me, but I wouldn’t lie to you to say, ‘Look, see, told you, this is me.’ But I can’t worry about things that happened in the past or the negative things because I try to look at what’s going to be positive and on what my focus is, which is making TNA the best I possibly can make it, and whatever that takes to do, I will do. I work for my personal satisfaction and then for my bosses as well and as long as I get the thumbs up and get paid by somebody, I feel like I’m doing my job and I’m cool with that.

Being driven helps, if you look at any athlete or entertainer, they’re all going to come to times where, if it’s handed to you and it’s easy, then it’s not worth having, and it hasn’t been easy. Nothing’s really been handed to me and I’ve stayed in the game long enough to get an opportunity that I’ve been hopefully knocking it out of the park every chance I get. The only focus is to keep doing it and keep living because at the end of the day, this is the best job in the world if you’re doing it right.