Home / Indies / ECWA Careers On The Line on September 24

ECWA Careers On The Line on September 24 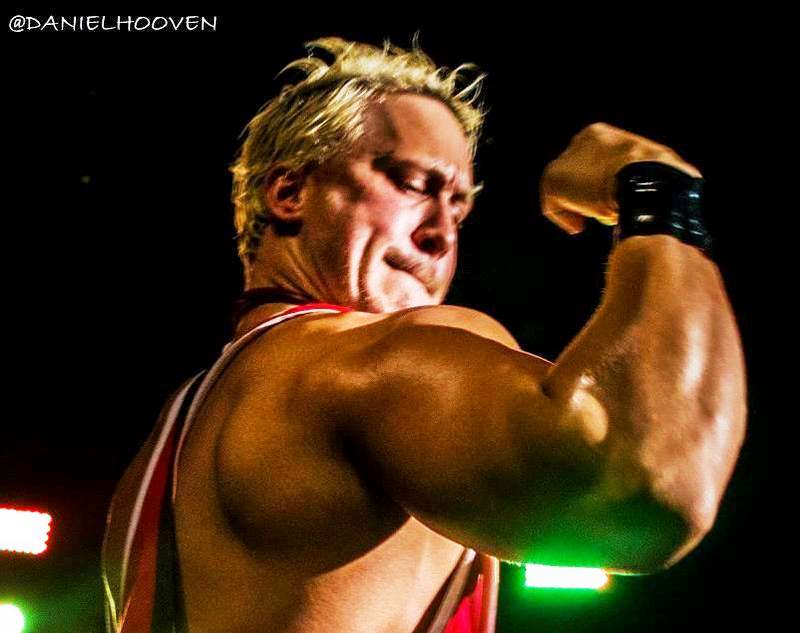 ECWA is doing it’s Anniversary Show on Saturday September 24, 2016 justice by making huge matches that will go down in the record books as some of the best ever! A lot of thought is being put into looking at the current landscape of various stories heading into the show… and one GLARING personal struggle has drawn management’s keen interest. The story of the Pan Corp Agency. Since their debut under the tutelage of manager AJ Pan, the Pan Corp has run rough shot over some of the biggest fan favorites ECWA has to offer… and begrudgingly they’ve been very successful! Damian Adams has held the ECWA Tag Team titles with two different partners now and the current Mid Atlantic Champion Azrieal is in the fold as well.

However, one man has made it his business to stop the PCA at ALL costs…. That man is Bobby Shields. He’s fought and battled tooth and nail to try to stop them. He’s lost his Mid Atlantic Championship and his best friend in the process. And while it seems that the PCA had the final laugh Shields has emerged determined to end it once and for all.

Just 2 months ago, Shields was helping SOB member Talon defend the ECWA Tag Team titles against Damian Adams and AJ Pan. Thanks to some well timed interference by Azrieal the most humiliating moment of Bobby Shields career occurred… he was pinned 1..2..3 by AJ Pan, a manager!

To be defeated by a manager with the help of his former best friend was easily the worst thing to ever happen anywhere to Bobby Shields!

In almost a blind rage at this point, he’s asked ECWA officials for a special kind of match. One that can ensure if he’s successful, the PCA will finally be brought down…. However, it will come with great risk! What is the match? Bobby Shields has asked for one last shot at Azrieal and the ECWA Mid Atlantic Championship….  And management has granted his request and added his special stipulation.

Whoever loses this match will LEAVE ECWA FOREVER!

That’s not a typo. Bobby Shields will take on ECWA Mid Atlantic Champion Azrieal in a LOSER LEAVES ECWA FOREVER match! This is a dangerous proposition by an extremely angry yet confident Shields who is not only out for redemption but OUT FOR BLOOD!

Surely, AJ Pan is licking his chops at this chance to defeat his biggest enemy once and for all! Anything will be in play… Damian Adams, AJ himself, or whatever other evil scheme the sleazy Pan can think of between now and September 24.

It’s do or die time!

Is Bobby Shields making a huge mistake by putting his ECWA career on the line? Or is this just the motivation he needs to overcome the odds like he’s done so many times before?

Will the PCA have the last laugh? Will AJ Pan show that he’s truly one of the biggest masterminds in ECWA history?

You’ll have to be there live to see how this HUGE storyline places out!

Tickets are available in advance via Pay Pal, or at the Door:

ECWA TAG TEAM CHAMPIONS PAN CORP will be in action!

AND MUCH MORE TO BE ANNOUNCED SOON!