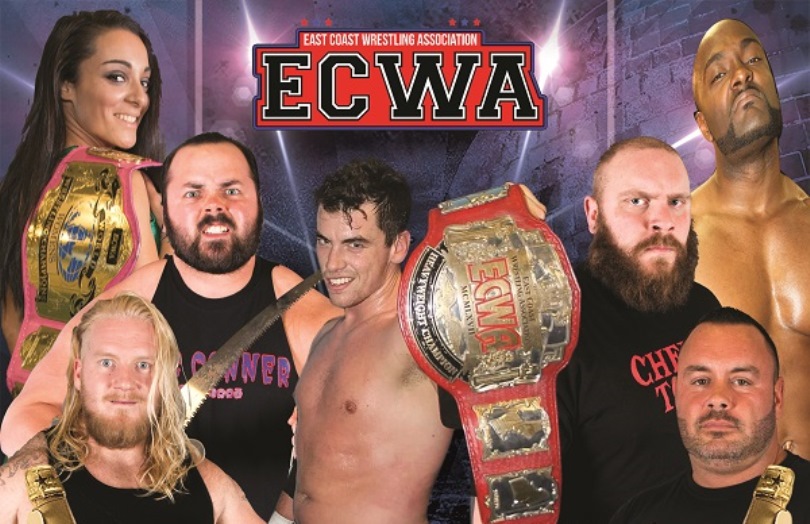 Sean Carr finally did it! After battling the now retired former champion Matt Saigon for months on end he finally walked away the ECWA heavyweight champion. It wasn’t without controversy and faults though… Carr continuously defied ECWA management, pummeled Saigon whenever he got the chance, and even attacked the entire ECWA staff at one point. Saturday December 5, 2015 will go down as the day Sean Carr finally got the last laugh against ECWA officials.

But at what cost?

During the match, Zac Connor made his presence felt by throwing a devastating fireball into Matt Saigon’s face. This for the most part ended any chance of Saigon retaining his championship as he was attended too by ECWA referees. Did Sean Carr have ANY involvement with the seemingly random appearance by ‘The Ripper’? Did he pay him off? Somehow was Saigon’s old nemesis and ECWA owner Mike Tartaglia involved? It’s become a real mess of a situation for everyone including a confused fan base who isn’t quite sure what to make of this.

One thing is for certain… Carr IS the ECWA heavyweight champion. At least for now. In the aftermath of the Ironman match on December 5, Matt Saigon’s friend and mentor Breaker Morant ran down to the ring to make sure he was getting the care he needed. Of course, Carr had to showboat the entire time thus rubbing Morant the wrong way. That isn’t an intelligent thing for anyone to do. But Carr has proven one thing over the last few months… never turn your back on an opportunist like him.

Breaker concluded that there is no way that Sean Carr wasn’t involved with Zac Connor’s brutal attack. How could he not be according to Morant. After a heated verbal exchange that was uncomfortable at best, Carr would level Breaker with one of his trademark superkicks as he checked once again on Saigon’s injury.

As the fans stood almost in respectful silence, Breaker Morant eventually made it back to his feet and asked for a microphone. HE LAID DOWN A CHALLENGE!

Breaker Morant has challenged Sean Carr for the ECWA heavyweight championship on Saturday January 23, 2016 at New Year’s Resolutions V. ECWA management didn’t wait for an answer and made the match official shortly afterward. Sean Carr understandably is defiant and supposedly up for the fight that Breaker Morant wants.

No more words. It’s time for a fight! Breaker Morant is out for blood! He’s out to take back ‘Big Red’… the ECWA heavyweight championship…  for the fans, the company, and for his fallen friend Matt Saigon. There’s very few people who deserves this chance more than Morant!

Needless to say, January 23 is going to have a very personal main event match.

Will Sean Carr’s resourcefulness once again lead him to victory?

With him appearing on the Boss’s Chair… is Zac Connor once again lurking around the corner ready to strike?

Find out at New Year’s Resolutions V live in person! This is a CAN’T MISS show!

Tickets are available in advance, via pay pal, and at the door:
-To order now, go to ecwaprowrestling.com/ecwa/about/tickets
– For reserve seating and all info, please call (609) 220-5598 or email [email protected]
-Tickets are $20 for Adults and $10 for Kids 12 and under

Plus the Boss’s Chair with Mike Tartaglia featuring Zac Connor

ECWA Network: $4.99 a month with NO COMMITMENTS- https://ecwaprowrestling.com.pivotshare.com