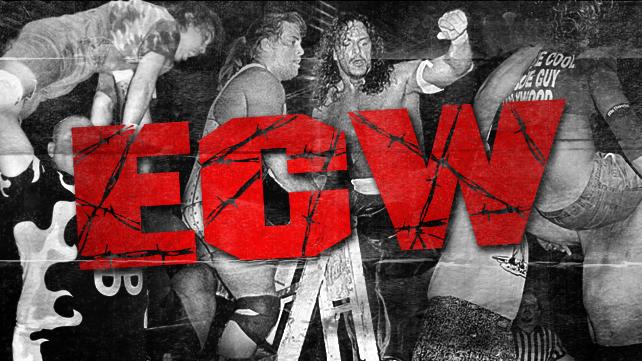 It began in a bingo hall in an industrial section of southern Philadelphia and soon spread across the globe. It was an antidote to the stale sports-entertainment wrestling fans had grown tired of. It was aggressive. It was lewd. It was Extreme Championship Wrestling.

A relatively small promotion with a fiercely loyal following, ECW launched the careers of future legends like Rey Mysterio, Eddie Guerrero and Rob Van Dam while changing the trends in professional wrestling through innovations like Tables Matches. More than a decade since the company closed down, WWE is opening up the vault to showcase some of ECW’s greatest unseen matches with ECW Unreleased Volume 1, available now on DVD and Blu-ray. To celebrate this release, WWE Classics sat down with ECW’s announcer Joey Styles to discuss the 25 matches that defined Extreme Championship Wrestling.

Think The Extreme Announcer missed a classic? Let us hear about it on the WWE Classics Facebook page.

Check out the matches here!