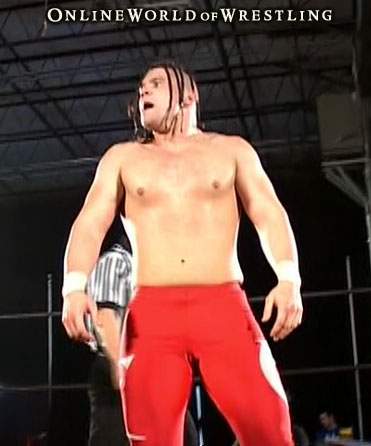 Eddie Edwards Discusses Why He Chose To Re-Sign With Ring Of Honor, If There Was Any Strong Interest Shown His Way By The WWE Or TNA, Becoming The First-Ever ROH World Television Champion (And Being The Longest Active Titleholder In Professional Wrestling), His Mission Statement To Those In The Industry On Being A Fighting Champion, His Reaction To Those That Feel He Is Being Overshadowed By His Tag Team Partner Davey Richards, Preparing For This Friday Night’s “Survival Of The Fittest 2010” Tournament (And How He Sees Himself Matching Up With Chris Hero In Their First Round Qualifying Bout), His Level Of Concern On Interference From Kevin Steen In His Next Defense Of The ROH World Television Title This Saturday Night Against El Generico In Ring Of Honor’s Return To The Toronto Area, & When/If We Are Going To See The American Wolves Team Up Again

Eddie joined The Big Mosh & “The Chairman of the Board” Todd Vincent for his first-ever appearance on “Your Home of Wrestling Radio,” which is now available in Windows Streaming Media or via the official MNM Podcast on iTunes:

Why re-signing with Ring of Honor was “never really a question” to him & whether or not there was any strong interest shown his way by the WWE and/or TNA: “It’s my home, it’s Ring of Honor. Speaking for myself & everyone else in the company, we take a lot of pride in what we do as far as the wrestling, the atmosphere, the fans, the events in general. We all have respect for what we’re doing. We all respect each other. It is our home, and we want to make ROH bigger & bigger and help it grow, and the only way to that is to stay on board, and push, and push, and push. As far as advances from other places, I don’t really want to talk about that stuff right now, but re-signing with ROH was never really a question. I was offered, and I said most definitely. This is where I want to be. This is the type of product I like to be a part of and I want to be a part of, and I think everyone in the company feels that way.”

How proud he is to be the first-ever ROH World Television Champion, continuing to make the title worth something (not just a prop), & his mission statement for those within & outside the wrestling industry on being a fighting champion: “I look at it as a great accomplishment & privilege, especially being the first ROH Television Champion in history. Nobody can ever take that away. When you look at the list, I’m gonna be the first one right there, so I’m really honored to say that. Right now, it’s a second-tier title, but I want to be a fighting champion, and I will defend it every day of the week and twice on Sunday. That’s the kind of attitude I want to have. I want the fans, the wrestlers, and everybody in the business & everybody outside of the business to see that this title is as important as any championship in wrestling. I think by holding onto it for eight months it’s proving that, whether or not people want to admit it. It’s going to take time. We all know that. I know that, but I’m prepared to defend it. I’m prepared to take it to the top and prove to everybody that this is an important championship is wrestling.”

His reaction to those that feel that even with all of Eddie’s accomplishments (including being the longest active titleholder in the three top promotions) that he is being overshadowed by his tag team partner Davey Richards: “I could see how people can say that. I think it’s understandable. Davey is an amazing athlete. He was an amazing partner, and he still is an amazing partner, a good guy, & my good friend. I can see how people are going to say that. He is chasing the World Title. He has amazing matches night after night. Right now, the Television Title is the second-tier championship, which is my job & responsibility to bring it up as high as I can and make it one of the most important championships in all of wrestling. My main focus is on that, and Davey is chasing the World Title. I can’t argue with people who are saying ‘he’s overshadowing me.’ When I was brought into Ring of Honor, Davey was already in place here. We were lucky enough to tag, and us teaming really helped my career, and I think it helped his career as much.”

His level of concern on potential interference coming from “Mr. Wrestling” Kevin Steen at any point during his next ROH World Television Title defense this Saturday night (in Mississauga, Ontario, Canada) vs. El Generico, with their current feud still ongoing: “I can’t really go into a match expecting somebody to run out or somebody to interfere. More than anything Steen has a mental impact in the match, since you know he’s in Generico’s head. It’s been going on for months & months & months, and we all know that. I’m not preparing for a run-in or interference, and I don’t think Generico can go into it thinking that it’s going to happen. He should be prepared for it no doubt, but I think we both have to go in that it’s for the World Television Championship. If that’s not on Generico’s mind first & foremost, it’s going to be a mistake.”

More is contained in this exclusive interview with the current, reigning, & defending ROH World Television Champion, including Eddie’s candid thoughts & comments on how he has been preparing for Friday night’s “Survival of the Fittest” one-night tournament in the greater Detroit area (including how he believes that he matches up against Chris Hero heading into their first round qualifying match), the toughest challengers thus far during his eight-month reign with the ROH World TV Title, when (or if) we are likely to see The American Wolves team up again, their split from Shane Hagadorn, plus so much more! As part of our expanded Ring of Honor coverage, the voice of ROH’s Internet Pay-Per-Views, Kevin Kelly, joins The Mayhem this week for a new installment of “Ring of Honor On the Road.” The man who will be calling the action at “Final Battle 2010” from The Manhattan Center in New York City (airing live on www.GoFightLive.tv on December 18th) has all of the latest breaking news in ROH, plus in-depth previews of “Survival of the Fittest 2010,” along with the company’s return to Mississauga, Ontario, Canada this Saturday night (where all three Ring of Honor titles will be on the line). The Big Mosh & Todd Vincent are giving away two pairs of tickets to the 11/13 ROH return to The International Centre to two lucky listeners on Facebook. Register to win right now by becoming friends with Monday Night Mayhem at www.Facebook.com/MondayNightMayhem. Winners will be announced & notified this Thursday night! Stay tuned to Ring of Honor’s official Facebook & Twitter pages (located at www.Facebook.com/RingofHonor & www.Twitter.com/ROHonHDNet) this weekend for complete results from “Survival of the Fittest 2010” & the promotion’s return north of the border!