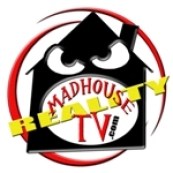 Evan Ginzburg’s Legends TV Starts Saturday May 25th 11AM on www.madhousetv.com– CLICK ON RENDEZVOUS WITH ALYSIA link to view live (archived right after completion as well) co-hosted by author/educator Steve Ludwig featuring the greatest house band in all the land- Edwin Vazquez Musica. Edwin has performed with Paul Simon and Marc Anthony on The Capeman.

MELISSA COATES (Female bodybuilder/Pro Wrestler/Actress) – Melissa Coates was a top 10 Female Bodybuilder, appearing on many of the major bodybuilding magazine covers, and currently is a professional wrestler and fitness model. She’s been wrestling around the world, and was on the WWE pay per view “BACKLASH” 2005. She was trained primarily at the former WWE developmental OVW. She has acted in such films as Pray Another Day, Ultimate Death Match and A Story About Ian and was a regular on The Game Show Network’s Extreme Dodgeball.

NEKO WHITE (Standup Comedian/Actor/Writer) – Neko has been actively working the comedy club circuit since he began his career in 2007. Since that time he has written and started in Off Broadway plays with the Epic Theater Ensemble (Shakespeare Remix: Macbeth and Shakespeare Remix: Othello. He’s been the warm up comedian and guest writer for MTV2’s Hip Hop Hollywood Squares and performs his brand of stand up in comedy clubs and colleges all over the East Coast. At the tender age of 20, Neko White has already drawn comparisons to Chris Rock and Eddie Murphy. Filmmaker David Van Keuren made the documentary short on this up and coming comedy star called “One Mic.” His hilarious take on life promises to make this appearance on Evan Ginzburg’s LEGENDS TV a memorable one.

ARLENE NG (Singer/Dancer) – Arlene NG is an accomplished Singer/Dancer/Musical Performer. She has trained at the School of American ballet, the Broadway Dance Center, the Professional Performing Arts School Theatre, as well as the Grand Piano Studios (Arlene is also a first-class pianist).
Ms. NG has appeared on Univision TV on numerous occasions, including as a featured singer on Objectivo Fama.
Arlene will dance for us, as well as talk about her latest CD of songs, Canciones Intensias.

JON WINELL (Poet) – Jon Winell was part of the Centerfold Reading Series on NYC’s Upper West Side in the 1990s, has been featured at the famed Cornelia Street Café, St. Marks Poetry Project and other downtown staples such as the 5C Cultural Center, the Saturn Series and Nomad’s Choir. He has read on Lower East Side Radio, was published in Vol. 8 of HART Magazine, “a tome of the arts”, read at various New Year’s Day Readings including the legendary CBGB’s. In January 2013 he put together a chap book entitled Poems for Everyday People including about 70 poems. He tries to infuse language from various sources to create imagistic poetry, writing about people, places, and internal and external experiences. Although the world is a dark place he tries to find beauty and gentleness even in the most hardened places. He reads for us on this edition of Evan Ginzburg’s LEGENDS TV. Jon will be backed by Edwin Vazquez and the band.