Home / Columns / FALLS COUNT ANYWHERE: Is Anyone Else Sick of John Cena??

FALLS COUNT ANYWHERE: Is Anyone Else Sick of John Cena??

By Steve Cheeseman on November 15, 2013@cheeseman_s 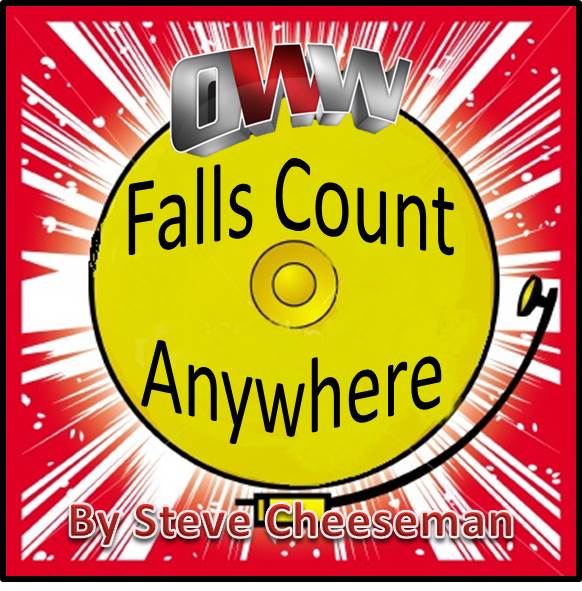 Is anyone else sick of John Cena?

June 27th, 2002. WWE Smackdown was on the air with Kurt Angle in the ring calling out anyone who was willing to take on the “very best in the business”.  Inspired by a Vince K. McMahon speech of ruthless aggression, John Cena hit the ring.  Throughout the match, he looked impressive.  He managed to counter the “Angle Slam” and an ankle lock submission, however eventually he lost to a hard amateur-style pin.  Since then, he’s won almost every single championship in WWE.  You think with 11+ years of WWE service, he would actually learn how to wrestle!

In my opinion John Cena has become boring, and ridiculously predictable.  However despite current storylines of Randy Orton being the face of WWE.  Realistically, it’s still John Cena, and I get it.  The guy has a great look, is fantastic on the microphone, and good with the kids, but, he has been in the same character for so long, it’s beyond stale.  Just once, I want to see him turn on someone, show a mean streak, and play the villain.  The last time he was a heel, his persona was a Vanilla Ice type character in “The Professor of Thuganomics”.  That was in 2004.  To put things in perspective, Alberto Del Rio, was a heel, then face, then heel again in under a year.  Cena is pushing a decade as a good guy, with no change.

Even in the ring, viewers in the arena and watching from home, know what he’s going to do three moves before he does.  Cena comes off the ropes, shoulder block, followed by shoulder block, and another shoulder block.   The opponent swings and misses, which Cena follows up with a modified spin out power bomb.  Next comes the five knuckle shuffle, and into an Attitude Adjustment, which never works on the first attempt.  He’ll just surprise the opposition 2 minutes later with the A.A., or STF.  That was great during its time, but he needs something new.  I think a villain is the way to go.  Show the crowd he’s human not a programmable machine, and is capable of a win using his feet on the ropes, or even with a foreign object when the referee is distracted.

For a while I was excited with the thought of Dolph Ziggler playing near the top of the card.  What happened!?  This guy had great fan support, works his tail of, and can make anyone look like a million bucks in the ring.  He’s simply a tremendous worker.  The fact that he was dropped to make RVD (with Ricardo Rodriguez?) rival with ADR, baffled me.  Then Cena gets thrown into the picture, and wins the World Heavyweight Championship automatically upon his return.  This completely makes me sick.  What about the guys that have been competing the entire time Cena was off?  Like Ziggler, Damien Sandow, or even Zack Ryder, who never gets pushed!  They could have even used “The Big Red Machine”.  Kane’s angle with the Wyatt Family served absolutely no purpose at all.  After the Wyatt’s destroyed him, he came back in a suit, working for the McMahon’s, with no idea of revenge?  I don’t get it.  How about Antonio Cesaro?  He is a great talent, being wasted as “A Real American”.

The point is, the WWE machine is stuck on Cena, and for certain reasons I get that.  However, he is getting older, and if they don’t start figuring out whom to pass the torch to, they will most certainly lose viewers out of complete boredom.  John Cena is good for business, but I refuse to believe he is the end all be all to the business.  Especially considering, he is not the greatest performer.  Don’t get me wrong, I have a ton of respect for the guy.  The amount of work he does for children, the military, and fans in general is simply amazing.  However, for an in ring product, there is simply better out there.  To follow up with who we have already talked about, there’s also CM Punk, and Daniel Bryan (who was dropped from the WWE title picture almost overnight!).  These guys are fantastic wrestlers, who are completely over with the fans.

There is simply more to the business than just “face time”, and promotion.   If everyone was still buying into his Cena’s character, there wouldn’t be half of the stadium booing him every time he entered the ring.   I want to blame it on WWE creative.  However, I do believe that there are people higher on the food chain who are completely out of touch with the WWE fans (I refuse using the word universe on the basis that it’s stupid!).  I keep praying that TNA or even ROH start competing with WWE just to make the executives see the light.  Unfortunately that’s not going to happen.  So we are stuck with John at the top of WWE for the foreseeable future.  As for me, until Cena shows some legitimate “ruthless aggression”, I’ll continue to lobby the overthrow of Cenation.