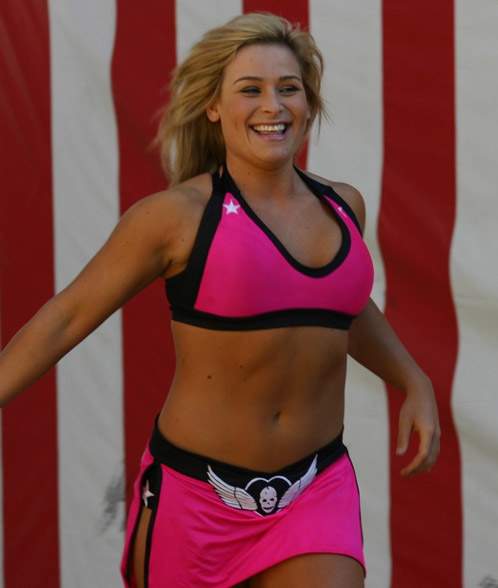 A friendly reminder Florida Championship Wrestling will be holding shows every Tuesday night at Bourbon Street Night Club, 4331 US 19N in New Port Richey FL. FCW is an official developmental territory to World Wrestling Entertainment. The shows will begin at 8:30pm with tickets at 7 dollars.

Last Tuesday fans saw the exciting main event between FCW Southern Heavyweight champion Harry Smith and former WWE World Cruiserweight champion Billy Kidman end with controversy as ringside interference appeared to have cost Kidman the championship. So the question is does Kidman deserve another shot at the title or will Smith face a new contender to the championship?

Plus this Tuesday night we will witness what is believed to be a first in wrestling. Two 3rd generation FCW Divas will get in the ring as Lacey Von Erich of the Texas based Von Erich clan will take on Nattie Neidhart of the Hart Family. Von Erich laid the challenge after Neidhart defeated rookie sensation Nicole of the Bella Twins. History shows that Nattie’s grandfather Stu Hart helped train Lacey’s Grandfather Fritz Von Erich in the famed Hart Dungeon. We shall see if Nattie learned anything in the Dungeon and if Lacey can back her words up in the ring.
Come out this Tuesday and see those athletes plus “The Professional” Mike Mondo, “The Natural” Nick Nemeth, Kofi Kingston, “Handsome” Heath Miller, Ted DiBiase Jr, Ted Hart and TJ Wilson of the New Generation Hart Foundation, Vade Hansen, Chris Grey, Steve Lewington, Sheamus O’Shaunessey, The Giant Titan, Rycklon, Robert Anthony, Johnny Curtis and Steve Taylor. Plus FCW Diva’s Victoria Crawford and the Bella Twins (Nicole and Bri) plus always be on the look out for some surprises.

This Saturday October 13, 2007 – Florida Championship Wrestling will be returning to the JCC Arena at 9841 Scenic Dr of Port Richey, FL. This will be a fundraiser for the Shady Hill Raiders of Pasco PAL (Police Athletic League) Tickets are 7 in advance and 10 at the door. Doors open at 7 PM and Bell time is 8 PM. Just announced former WWE Intercontinental champion and current Raw Superstar Santino Marella will be in Port Richey.

October 19th and 20th – Florida Championship wrestling will be at the famous Boot Hill in Daytona Beach Fla. for Biketober Fest 2007. Information on this event will be available soon.

Florida Championship Wrestling returns to its roots as it comes to the Crystal River on Saturday November 10. FCW will be part of the “Dave Williams Celebrity Tribute to Jesse’s Place.” The event will be at the Lecanto High School 3810 W. Educational Path, Lecanto, FL 34461. Majority of Funds will go to the Jessica Lunsford Charity. Tickets are $10. Doors open at 7 PM Show Starts at 8 PM. for more info Check out www.fcwwrestling.com