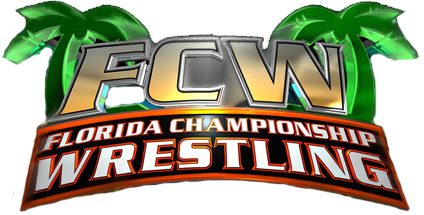 The turn-out was pretty poor for an Orlando show. We usually pack out the Armory, but I’d say the turnout was about half the amount of people from last month’s show. Bare in mind that there’s usually a guest announced far in advance. DiBiase was only announced on Monday.

Prior to the show, Ted DiBiase, FCW champ Bo Dallas, tag champ Mike Dalton, Paige, Caylee, and Divas champ Raquel Diaz were at the table to for a meet and greet.

Ted was fantastic. He was probably the most friendly wrestler I’ve ever met at one of these. The person in front of us in line gave Ted a $20 bill to sign, and it caught on with everybody else – we all had Ted signing our cash! Hilarious.

I asked Ted how the ankle is coming along. He told me he’s almost ready to go. He’s been back in the ring the last few days training up for his return. He’s tired of being at home all day, everyday, but the time off was a blessing in that he got to spend a few months with his newborn son.

As a pleasant surprise in the middle of the fan fest, Damien Sandow’s music hit to a loud reaction to bring out “the intellectual savior of the masses.” He explained that his path to enlightening us unruly miscreants of the WWE Universe hasn’t been smooth, so he’s seeking help from the unwashed masses of Orlando to help usher in enlightenment in the form of a sophisticated dancing competition. He invited Eric Rowan, Jason Jordan, a debuting Natalie (Buggy Nova on the independents), Brad Maddox, and Briley Pierce to the ring. Each of them had picked their partners form the audience before this began. Hilariously, my introverted friend Ryan got picked for the dance-off, but had no idea what he was being picked for at the time. Sandow was gold on the mic, and his reactions to the pop music and risque dancing involved were awesome.

1. Richie Steamboat beat Leo Kruger for the FCW 15 Championship 2-1. For those who don’t know, the winner of an FCW 15 match is the competitor who can score the most falls within 15 minutes. In the event of a tie, the champion retains. In the first five minutes, Leo rolled through Steamboat’s cross body attempt and held onto the ropes for a dirty pin. Steamboat evened the odds a few minutes after by hitting a big lariat. The action was fast paced and remained even until the clock hit 2 minutes, and Leo locked Richie in the figure four for a whole minute. Richie escaped the lock and caught Leo in a small package to gain the advantage. He managed to avoid contact with Leo for a little longer, and retained his title.

2. Brad Maddox beat Mark Harris. In the opening minutes, Brad toyed with Mark and at one point even called down to the entrance for a better victim. Harris was quite sloppy. This was my first time seeing him in action. He showed good charisma, but was dangerous and could have easily injured Maddox on multiple occasions throughout the match. Brad always does very well antagonizing the crowd and got great heat. Quick match that ended with Maddox’s punch/kick combo. Perhaps just a tryout for Harris.

3. Rick Victor and Garrett Dylan beat Conor O’Brian and Joel Redman. I have no idea why Redman was teaming with Conor. Redman is a Miz clone and seemed totally out of place teaming with Conor. Either way, Victor and O’Brian had a wonderful brawling exchange to open the match. Most intense opening to a match I have seen in a while! The rest of the short match saw Redman isolated in the heel corner, trying to mount a comeback to tag in O’Brian who cleared house and scored the victory.

4. Mason Ryan beat CJ Parker. I was surprised to see Mason Ryan at the show. Has he been demoted? I havent seen him on TV in a while, so it’s a safe assumption. He played heel, and as he picked CJ apart, yelled “This is your fault!” to the vocal CJ fans. Typical slow Ryan match. He won with the Jackhammer and got Goldberg chants as he left.

Return date officially announced as July 25th, featuring Evan Bourne. He’d better be in action or do something interesting, considering the ticket prices were hiked from $20 to $30 for that show.

5. Summer Rae beat Paige, Natalie (Buggy Nova), Sofia Cortez, Raquel Diaz, Audrey Marie and Caylee Turner in a Summer Slamarama Bikini Contest. It was glorious. What I love about FCW’s current Diva roster is that they are all beautiful like Kelly Kelly and the barbie crew, but for the most part can put on a proper wrestling match such as Beth Phoenix and the likes.

7. New Florida Tag Team Champions Leakee and Mike Dalton beat Corey Graves and Jake Carter. Carter cut a promo on the way to the ring. he claimed that Orlando was a dump, but he figured it as the perfect place for him and Carter to reclaim their gold. I haven’t seen Leakee in live action since October of last year, since his injury. Like most of famous Samoan wrestlers, he’s a big guy, but can really move. The heels isolated Dalton for most of the match, but Leakee eventually got the tag and hit a Samoan drop for the pin.

8. New Florida Heavyweight Champion Bo Dallas beat Seth Rollins, Antonio Cesaro, and Kassius Ohno in a fatal 4-way match to retain the championship. Formula F4W match with two wrestlers in the ring at a time while the other two recuperate outside the ring. At one point. the Kings of Wrestling reunited to isolate Rollins until Bo made the save and it became a fair fight again. The finish came after Rollins chased Ohno through the crowd, and back to ringside. Ohno got the better of the chase and flung Seth back into the ring. As Ohno went in to continute his assault, Bo hit him with the spear out of nowhere for the pin and the win. The match can be viewed in its entirety here: http://www.youtube.com/watch?v=mUaEr…hannel&list=UL and http://www.youtube.com/watch?v=1m1Sv…hannel&list=UL

It was overall a good show! Didn’t fly by like they usually do, but it was a good time. Check out some of my photography from the show at http://s914.photobucket.com/albums/a…k/FCW%2062012/. The pictures came out in reverse order for some reason, so start at the last page if you want to go in chronological order.