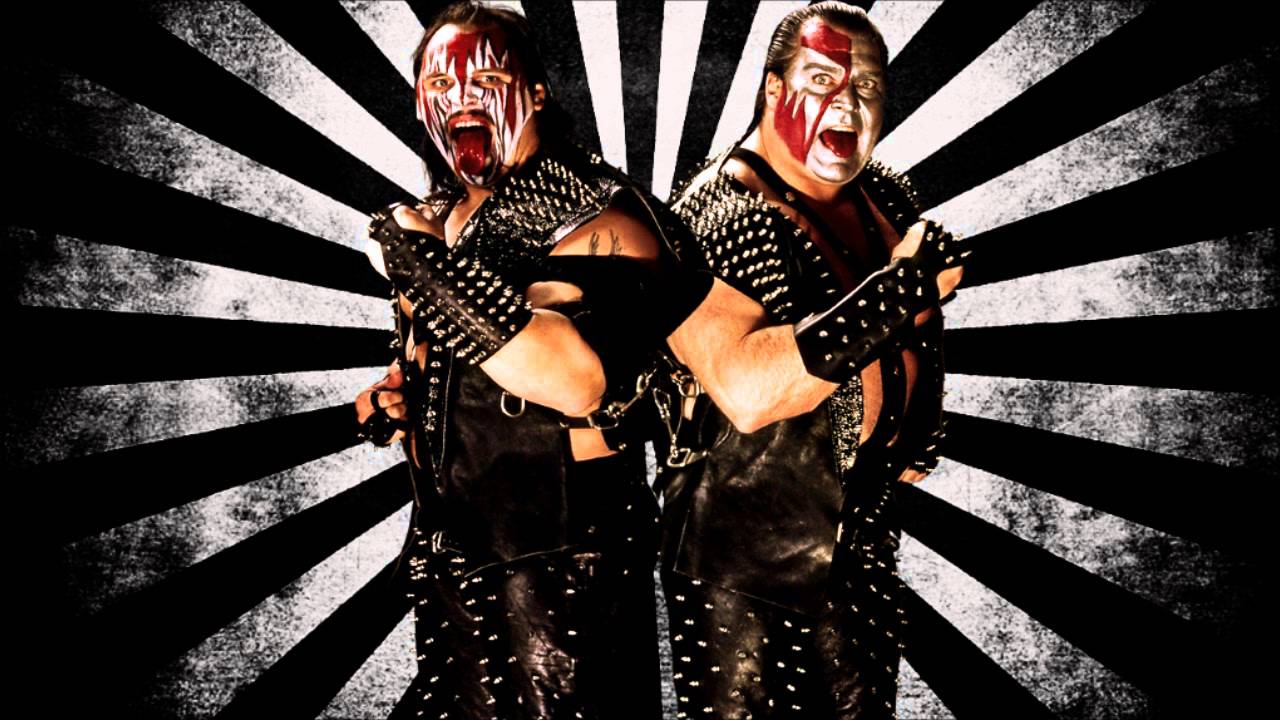 Demolition is undoubtably one of the greatest tag teams in the history of World Wrestling Entertainment. Demolition was prominent during the late 1980s and early 1990s and featured Ax (Bill Eadie), Smash (Barry Darsow), and later Crush (Brian Adams).

Demolition won the WWF world tag team championship three times and hold the records for both the single longest tag team title reign and the most combined days as reigning champions.

Over the past several years, Ax and Smash have reunited for several appearances at various independent shows and legends conventions.

Relive the career of this great tag team here!

Check out the profiles of Ax, Smash, and Crush for additional career updates: