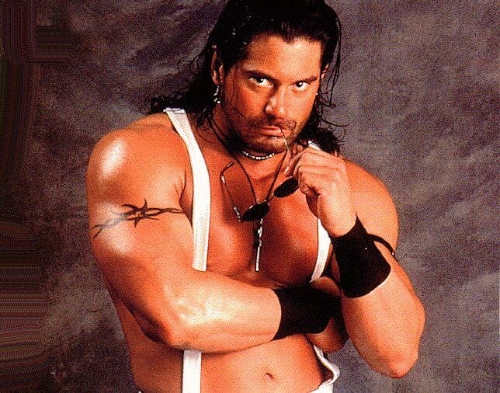 The Undisputed Wrestling Show (www.facebook.com/theundisputedwrestlingshow) with hosts “The Prophet” Rick Craig, “Beer Me” Zane Pasley, and “The Morning Star” William Huckaby recently had the pleasure of talking with “The World’s Most Dangerous Man with an Eyepatch” Scotty Riggs!  Scotty Riggs is a former WCW World Tag Team and had a great run in the original Extreme Championship Wrestling.

Scotty Riggs on John Cena:  “Every single match is the same, and it is sickening. Five simple moves every match.  When it is time for Cena’s comeback it is the same moves, boom, boom, boom.  That does not suspend any disbelief.  That is what wrestlers are supposed to do, have the craft to anywhere in the match a finish can come up.”  “Cena  has mixed himself with the Super Cena thing, which is what Vince McMahon has a hard on for, he is a good guy that is so good that it is sickening.  That is why so many people don’t like him.”  “Cena is WWE’s cash cow.  When I am watching Cena I feel like I am watching a TV commercial. Everything he is doing, he is selling cereal, he is selling tee shirts, he is selling something in everything he does.”
Scotty Riggs on Randy Orton:  “Randy Orton just can’t seem to find something that fits.  He’s got all the tools in the world, and every opportunity, but he is not allowed to be himself.”
Scotty Riggs on the difference between WWE and WCW:  “WWE is a TV show about wrestling, WCW in their prime was a TV show that had happened to have wrestling on it.”
Scotty Riggs on WWE Network:  “I’m one of those guys that I rarely ever watch my old matches.  The only thing I think would be really good about WWE Network is finding stuff that fans don’t know that used to be wrestling like is different than what WWE is giving them now.  If WWE gives them what USWA used to be, what World Class used to be, what Florida Championship Wrestling was, if what wrestling really was in the ’70s, ’80s, I think it would be good because it will teach fans what wrestling was.  It could hurt them (WWE) because fans can say I like ‘wrestling’ not ‘sports entertainment’ stuff.”
Scotty Riggs on Hulk Hogan returning to WWE:  “Hulk Hogan, even at his age, still has the ‘It Factor’.  The crowd loves the nostalgia that he brings.  It’s the same old thing, over and over again, but the fans still dig that.  It still captures their childhood imagination.”
Scotty Riggs on recently catching up with Dennis Rodman:  “He is the most personable, charming person you will ever meet.  When Dennis Rodman walked in to the bar, he said ‘Riggs, I didn’t know you had a beard.’  For him to remember me was a really cool moment.  It was a really good time.”
Scotty Riggs on Perry Saturn:  “Perry Saturn is the only guy I know who is a Ranger that has had 103 successful jumps out of a perfectly good airplane and wear a dress in the ring.”
Scotty Riggs on almost signing with WWF instead of WCW:  “I was being groomed as a protege of Lex Luger in the WWF.  Little did we know that on the first Nitro Luger has crossed over to WCW, if I had listened to Jerry Lawler and stayed on as Lex’s protege, Lex wouldn’t have been there anyway.  I would have been lost.”
Scotty Riggs on American Males theme song:  “The great thing about that song is, the song as wacky as it is, it still stands alone today.  Fans still remember that song.”
http://angrymarks.com/?ArticleID=29782
Related Itemsecwjohn cenarandy ortonscotty riggswcwwwe
← Previous Story Bob’s Random Rumblings: “Yearly Review – 3PW 2002”
Next Story → Watch Southern States Wrestling TV from March 16, 2014