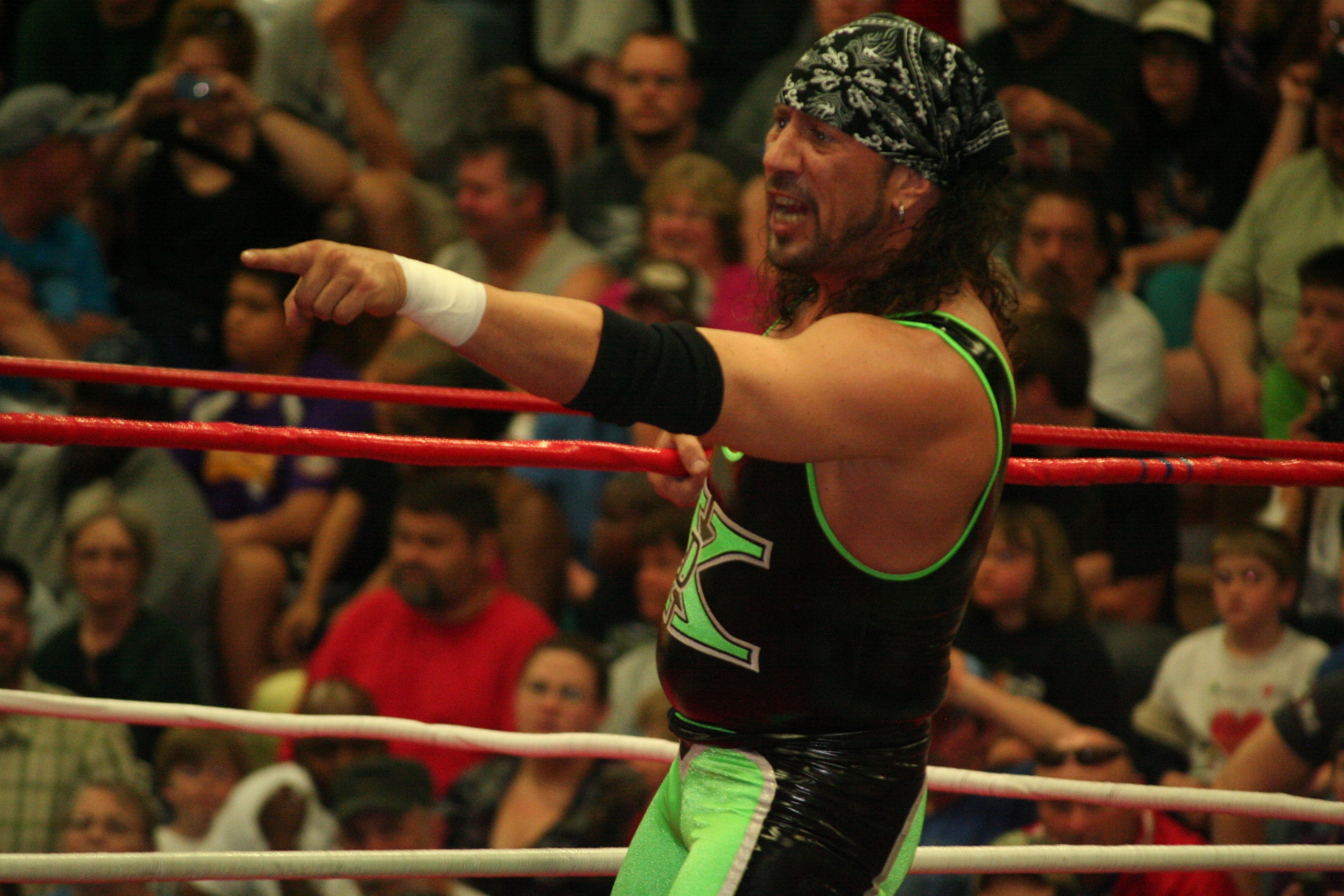 This June the “Attitude Era” comes to Jersey Championship Wrestling (JCW) when Sean Waltman – better known to the wrestling world as X-Pac – and Val Venis join the JCW roster! The two former WWE stars will be joined by a collection of talent known throughout the US, Europe and Japan!

Kicking off the festivities will be JCW’s first visit to Barnegat High School on Friday night June 6th. On that night, the feud that began at the Jersey J-Cup Tag Team Tournament takes the next step forward when “The Dirty Daddy” Chris Dickinson steps into the ring against “The Zebra Kid” Joey Janela. The team of Janela and Rhett Titus defeated Dickinson and Aaron Epic in the final match of the tournament, and now Dickinson has been granted a 1-on-1 grudge match!

The JCW Heavyweight Championship will be on the line when QT Marshall brings his international wrestling experience into the JCW ring to challenge Damien Darling for his title belt.

Also in Barnegat will be a Doorway To Hell Match that pits JCW’s resident wildman The Beast against the hardcore standout of the northeast, “Bulldozer” Matt Tremont.

All of this, plus X-Pac, JCW Extreme Champion Bandido Jr., The Playas Club, The Down Boyz, Corey Havoc, and more!

Doors to the event at Barnegat High School open at 6:45pm, with first bell an hour later. Tickets can be purchased via the JCW website at www.JerseyChampionshipWrestling.com and the ticket line at (201) 257-8621. Additional ticket outlets include Meyes Super Saver Liquors and Sweet Jenny’s Family Restaurant in Barnegat, Bruno’s Meat Market in Manahawkin, and Lacey Shell in Forked River. Card subject to change.

The next weekend, Jersey Championship Wrestling heads back north for events on back-to-back nights. Up first on Friday night June 13th, JCW comes to Long Branch at Christ The King Parish At Holy Trinity Church.

Along with headliner Val Venis, Damien Darling, The Playas Club, QT Marshall, The Down Boyz, and the rest of the JCW roster, we have several matches already signed for this event!

The JCW Tag Team Champions Rhett Titus and “The Zebra Kid” Joey Janela face off against challengers Glitz & Glamour in a title match that promises to be equal parts power and style!

The “Selfie Superstar” 2Hot Steve Scott makes his return to the Jersey Championship Wrestling ring to battle with “The Frat Boy” Brandon Kirk in a match that is sure to get the crowd fired up!

Speaking of adrenaline, the team of masked superstars Lince Dorado, Jigsaw, and JCW Extreme Champion Bandido Jr. will take on Rich Swann and Los Ben Dejos in a Trios Match!

And in a Women’s Match not to be missed, former NXT Diva Su Yung will face former TNA Knockout Christina von Eerie. These two will face off not once but twice that weekend!

The first match is scheduled to get underway at 7:35pm, and doors open one hour earlier. Tickets are available now by calling the JCW ticket line at (201) 257-8621 or by visiting www.JerseyChampionshipWrestling.com. You can also get tickets at the following locations: American Way in Oakhurst, Broadway Printing, Long Branch Convenience Store, Rockafeller’s Pizza, M&S Grocery, and Amy’s Omelette House in Long Branch. Card subject to change.

And finally, Jersey Championship Wrestling wraps up the 2013-2014 Season with a return to JCW’s “home turf” at the Hasbrouck Heights VFW on Saturday night, June 14th.

In a rematch of the previous evening’s Women’s Match, Su Yung and Christie von Eerie will go 1-on-1 again to see if Friday night’s winner can keep her bragging rights!

If the JCW Tag Team Champions Rhett Titus and Joey Janela still have their belts after the Long Branch event, they will defend them once again in Hasbrouck Heights against the team of Danny Inferno and Corey Havoc.

Also in tag team action will be The Playas Club squaring off against Los Ben Dejos!

Once again, Val Venis will be in the building along with the rest of the JCW roster to close out a season that will be remembered as the year Jersey Championship Wrestling was reborn!

Tickets for Saturday June 14th at the Hasbrouck Heights VFW are available at Roma Pizza in Hasbrouck Heights, and Steve’s Mutts & Stuff and Curioni’s Pizza in Lodi. Tickets are also available as always through our ticket hotline at (201) 257-8621 or our website www.JerseyChampionshipWrestling.com. Doors open at 7:00pm, and bell time is 7:45pm.

Don’t miss X-Pac, Val Venis, and the final three Jersey Championship Wrestling events of the season before the summer break!

Related ItemsJCWsean waltmanVal Venisx-pac
← Previous Story Upcoming events May 25 – 31, 2014
Next Story → The Lingerie Fighting Championships are just what they sound like