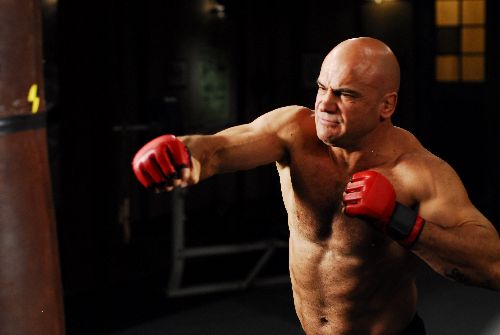 Former UFC Heavyweight Champion and 3x King of Pancrase Champion Bas Rutten stopped by Under the Mat Radio to discuss topics as Bruce Lee being his idol, being bullied as a kid, Dan Severn what he’s doing now and so much more!

You can listen to the full interview below; here are some of the highlights:

“My first memory of Ken was him in the dressing room (this was before UFC started) and him telling me that he was going to enter into a cage with no referee and there were going to be no rules (fighting an opponent) and I look at him and said are you really think that’s a smart thing to do? He (Shamrock) goes oh yeah oh yeah I would love that…”

“Brock is a very strong individual but if I would’ve been his coach I would’ve sent him to Holland all the way in the beginning of his career and I would’ve said you know how to wrestle go train with the best Tai boxers in the plant. That’s what he needs to do his weakness is striking. Nowadays you can’t do MMA with one style anymore…”

Bas on if there’s any room for Tag Team MMA matches in the USA:

“That would be fun but no I don’t’ think it will be legal in America. I know in Russia they did 3 on 3 or 2 on 2 but if one guy gets beat then the one guy has to face the two guys. I don’t think in America the athletic commission will allow that”