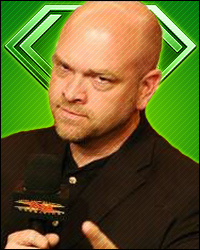 In a recent interview on WGD Weekly with Steve and the Scum, former WCW announcer Scott Hudson talked about a variety of topics spanning his time in the world of sports entertainment. Highlights from the interview, which can be heard in its entirety here:

Highlights of the show include Scott discussing:

TNA’s chances of survival on long term basis: “…At this point I would have to say they want to because they are making the cuts and making the business decisions that they have to make to get to that eventuality. But, in a business climate like this where scripted sports entertainment is suffering even at the highest level and with their pay roll and their business model and their pay scale, I think it’s going to be tough. If they continue in my opinion it’s going to be as a much scaled down version of what they have now. Not to say they can’t make it, but if they get into another year from now, say twelve months from right now if they are still around, it will be a much different looking company than what you see now…”

The dying days and “what killed WCW: “…It remains one of the great misunderstood era’s in a wrestling company in wrestling history. I think now it’s becoming more understood as you see what WWE and TNA and Ring of Honor…are doing, that WCW in 1999 wasn’t as bad as people remember, and it actually wasn’t bad at all…what killed WCW colloquially was letting the inmates run the asylum, you let people have creative control over their character, you let them dictate how many dates they would work, that sort of stuff, instead of having one person in charge or even a committee in charge, you had the talent in charge and that is what killed WCW, not anything else, not the money, not the booking, it was that , that killed WCW…”

The backstage vibe on Russo and Ferrara hiring: “…Eric was the one who gave them (the roster) this mega bucks deal and they were making a lot of money with creative control over what their character was doing and how many dates they were working, and now the guy who was making that deal was gone, and their cackles are up, they are ready to get into a fight with the corporate hiercy at WCW at the time and then here comes Vince, and Ed, and Bill Banks, all three of them came down from WWF, guy that they didn’t know, who are they gonna push, who are they friends with, who do they hate, so you had all this kissing up going on. Kiss you on the cheek in the front, stab you in the back with a knife, that was going on everywhere in WCW and the sad truth is, none of that was necessary, because Vince, and Ed, and Bill, and eventually Eric all got along and we all just wanted the company to succeed…those four guys…were gonna be terrific together, the creativity and the management there would have been of the charts, but the talent was so frightened of losing their spot and their money and their control, that it just became …almost like a tornado inside the dressing room…”

Personal Views on Eric Bischoff and Vince Russo: “…First, I want to say you won’t ever hear me say anything bad about either Vince or Eric. I had nothing but a great relationship with both of them to this day, in 2013; I would follow them into battle. If they wanted to start up a new company and they wanted me in, I’d be there. I had zero problems with either one of those men and I would do whatever they wanted. I just think the world of both of them…”

Bash at the Beach 2000: “…I had no idea that was coming. If you go back and watch the stuff with Hulk and Vince and Jeff down in Daytona. ..There are arguments on both sides as to whether that was a shoot or a work…I don’t know, I assume everything in wrestling is a work, but I don’t know, that sure seemed like a shoot to me. I can tell you 100 percent for sure, what Madden, and Tony, and I were doing at the announce table in the aftermath during that was 100 percent shoot because we didn’t know it was coming, at all, we had no clue. What we heard at the end of the production meeting was that Hogan was walking out with the strap, that’s all we knew…”

The problems with the Invasion angle and why it failed: “…what went wrong with the Invasion angle…I know that answer, I have the answer. That’s not even an opinion. The answer is we were WCW guys and Vince was never going to push us. Not me, but the talent, the wrestlers. Vince had this idea that he wanted to have WCW invade the WWE, but it was only to bury WCW. Well, he never had it in his head that before you can bury something, you have to build it up. He just wanted to bring in WCW and have them have their own program, their own merchandise, we had our own logo, our own shirts, but then he just wanted to kill it. He could not wait to kill it, and he couldn’t even wait to build it up to kill it. He just wanted to kill it and that’s what he did and that’s what happened there…”

In addition to these issues, Scott also talks about growing up a wrestling fan, his break into the business with North Georgia Championship Wrestling and the GWF, a life changing phone call from Dallas Page, his hiring by WCW and working with Bobby Heenan, Larry Zbyszko, Mike Tenay, Tony Schivonne, and Mark Madden, being given the classic Saturday night slot on TBS, getting the call up to Nitro, getting attacked by Rick Steiner, backstage politics at WCW, the final episode of Monday Nitro, how he was approached to come into WWE, why he didn’t stay working with WWE, a plan for him to announce on Smackdown with Jerry Lawler, his time in TNA wrestling, and much more.

WGD Weekly with Steve and the Scum presents new material every Sunday, where they sit down with a different figure from the “glory days” of wrestling. All of the past shows, as well as their new ones when they debut are available at WGD Weekly’s Facebook page that can be viewed herehttps://www.facebook.com/WGDWeekly. All of their shows are also available on their YouTube channel and iTunes.

Related Itemsscott hudsonwcw
← Previous Story WWE.com presents: The Gobbledy Gooker goes to work at WWE Headquarters
Next Story → How does WWE handle the Owen Hart tragedy on their upcoming DVD?