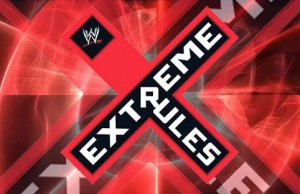 Former WCW star The Stro (formerly known as The Maestro) has published a new column at PWMania.com. Stro gives his thoughts and expert predictions for Sunday’s WWE event, Extreme Rules. Stro talks about each match at Sunday’s Extreme Rules and also talks on the passing of fellow WCW alumni Lee  Marshall and more. Here is an excerpt from his entry:

The Shield vs. Evolution
This one is gonna be an all out battle! The dominating group of Evolution has returned to face the equally dominating Shield. Their brawls as of late have been back and forth. Former Evolution member Ric Flair giving his endorsement to the Shield was a shocker which led to more chaos. Will Evolution show once again why they are the most ruthless group in WWE or will the Shield reign supreme and be the conclusion of Evolution?
Stro’s pick: The Shield
WWE World Heavyweight Champion Daniel Bryan vs. Kane (Extreme Rules Match)
The new WWE World heavyweight champion has been threw so much since winning the title at Wrestlemania. Kane certainly hasn’t helped with tombstone piledriving him three times and trying take his new wife underneath the ring. Bryan is hurt but has vowed to seek revenge on Kane. An “Extreme Rules” match would on paper show Kane having an obvious advantage. But Bryan has defied the odds before many times. Can Daniel Bryan and the “Yes” movement overcome the “Big Red Monster”?
Stro’s pick: Daniel Bryan
– Would like to send out my heartfelt thoughts, prayers, and condolences to the family and friends of the late fellow WCW alumni Lee Marshall. Marshall was a part of the broadcast team for AWA Championship Wrestling on ESPN and then later in WCW co-hosting WCW Thunder with Bobby Heenan and Tony Schiavone. “Stagger Lee” also interviewed and announced with Mike Tenay and Scott Hudson on WCW Saturday Night as well as a staple of WCW Monday Nitro with his regular “weasel” jokes at Bobby Heenan in his road reports. Marshall was the ring announcer in Los Angeles for WrestleMania 2. Also a longtime radio announcer and the voice of “Tony the Tiger”. Will never forget you Mr. Marshall.
You can read The Stro’s column “Stro’s View,” featuring the rest of the former WCW star’s Extreme Rules predictions, in its entirety at this link.
Related Itemsextreme rulesmaestrowwe
← Previous Story B. Brian Blair talks about his heat with the Iron Sheik
Next Story → IWC Round-up: WWE Extreme Rules PPV