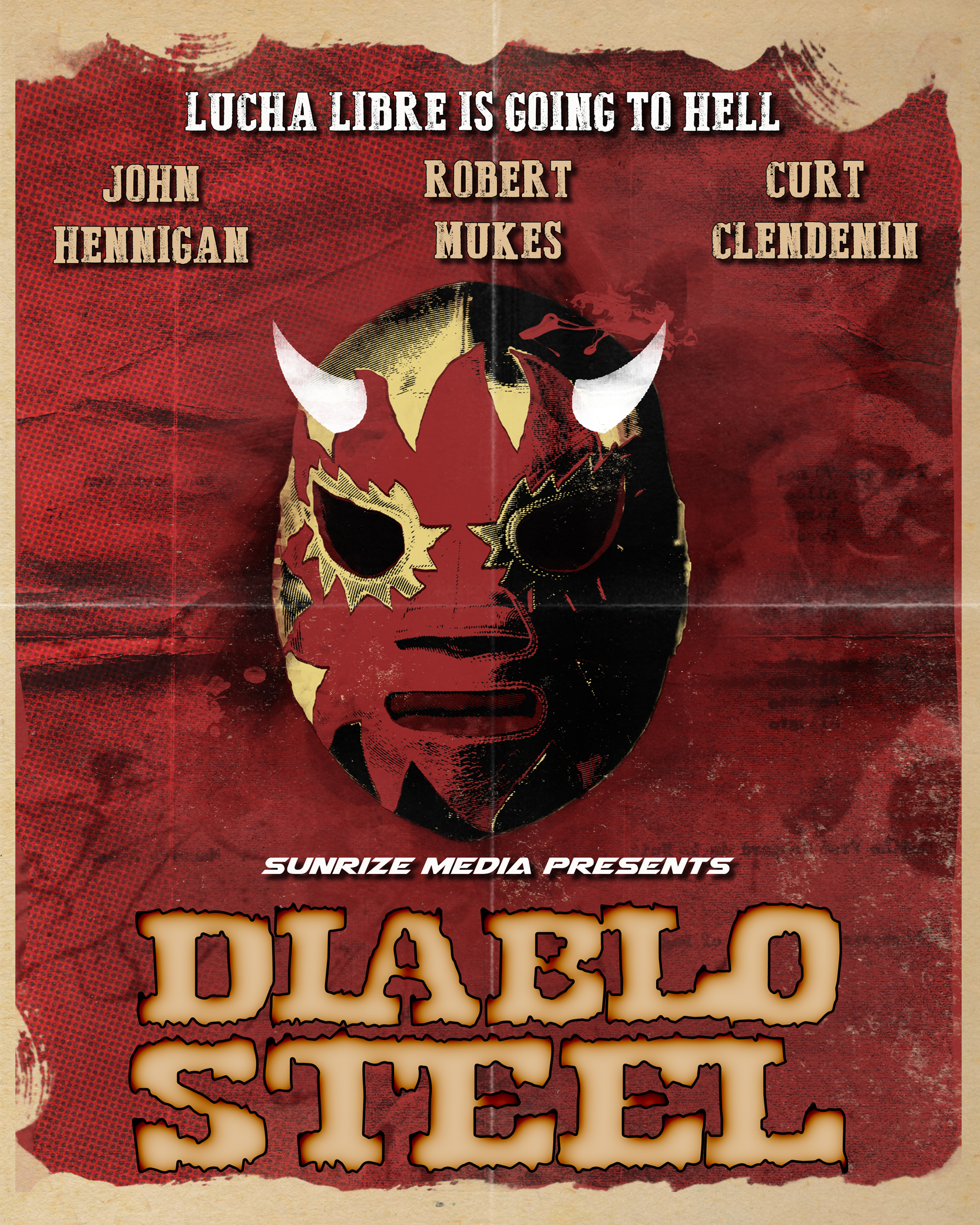 Hennigan will portray Diablo Steel, a professional wrestler trapped in purgatory who sells his soul to the devil to avenge his death and save the lives of his loved ones from the biker gang that murdered him. “It’s awesome to collaborate on the creation of an original story that draws on everything I’m passionate about,” says Hennigan.

“The movie is like a 70s superhero western, lots of fights and car chases. It’s a cross between ‘Deathwish’ and ‘Big Trouble in Little China’. I couldn’t be more excited about the talent attached to ‘Diablo Steel’. I feel incredibly grateful to be collaborating with this group of artists. We really do have the perfect mix for a hit film,” says McGonagle.

Horror movie icon Robert Allen Mukes (“CSI”, “Weeds”, “House of 1000 Corpses” ) rides in the biker gang, Hounds of Hell, as gritty outlaw Rattler. Mukes explains, “I’m stoked to be in an action film where I get to ride my motorcycle. People kept telling me for years, I should’ve been on ‘Sons of Anarchy’. It’s exciting to be working with this great gang.”

Hennigan adds, “Ryan & I have had many conversations about the intersection of super heroes, pro wrestling, and reality. That point where they converge is intriguing to me because that is where my consciousness drifts when I reflect upon the dreams of my childhood.”

Sunrize Media is a production company in Beverly Hills, currently in Pre-Production on “Diablo Steel”, slated for a 2016 release.