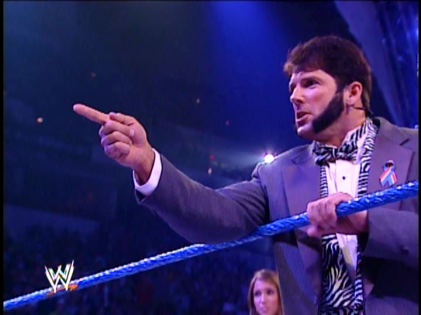 Pancakes and Powerslams had former WWE tag team champion and manager, Rico Constantino, on their most recent program. While it is an incredibly rich interview talking about his experience as an American Gladiators champion, how Raven helped him with his gimmick, and much more, what was specifically interesting was when he was asked about Bubba Ray Dudley being stiff in the ring, as many other wrestlers have said over the years.
Rico stated:

If you’re listening, Bubba, come here to Vegas and I’ll tell it to your frickin face. You are a spoiled brat. If you don’t get your way, you hurt people, and you do it on purpose.
He ripped my hamstring three times in Chicago. I told him I tore, and he kept going. He suplexed me, and tore it again. And when he pinned me, he threw my legs over my head, and put his legs on the second turnbuckle, and tore it again.
Yes, Devon is OK. Bubba, is a brat. You’re a spoiled, little baby. And I knew that when we went to Italy. Charlie and I had the tag team belts, and Bubba is there, Devon, we’re gonna wrestle in Italy. And out of respect, when they put the match up, I said, ‘OK. What would you like to do, Bubba?’ You know, cuz he’s been in the business longer than I have, so has Devon, and Charlie and I were giving them respect, ‘What would you like to do?’
Bubba popped off, ‘I’m tired of making the matches! You guys are the champions! Why don’t you make up the match!’ He was throwing a fit, in Italy! I said, what the hell? Like we win these titles; they give them to us! You want to win a title, go win Gladiators, you fat pig. That’s what I’m thinking. He [cried] and moaned. I looked at Dean Malenko and said, ‘Hey. Here.’ Threw him the belt and said, ‘Bubba wants the belt, give it to him. I’m not going out.’ ‘What’ [said Malenko]? I said, ‘I’m not going out. That’s it. Forget it. I don’t want the titles!’ And I left.
25-30 minutes later, Dean came up, that fat, little spoiled brat apologized, and we went out and had a match. Yep, Bubba’s famous for that. I’ll tell it to his face, and I live is Las Vegas, Bubba. Come over here, and I will tell ya.

You can listen to the full interview here!