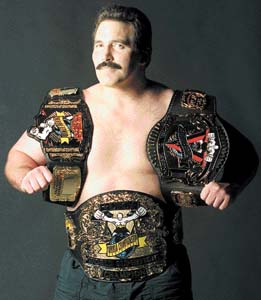 Former WWE superstar and UFC Hall of Famer Dan “The Beast” Severn announced over the weekend that he has officially retired as an active pro wrestler.

Severn, a former NWA World Champion, will continue to make appearances at wrestling shows and conventions, but his days in theringare over. He feuded with Owen Hart and Ken Shamrock during WWE’s Attitude Era.