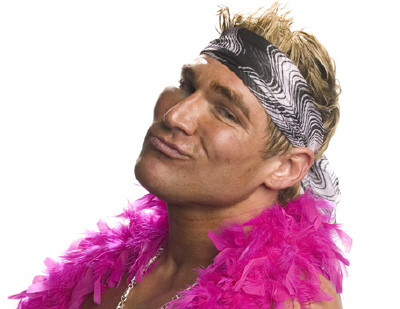 Former WWE superstar Antonio “The Promise” Thomas recently took some time to take part in a Q&A exclusively with PWMania.com. Thomas spoke on a number of topics from his time in WWE and still wanting to accomplish more with the company, wanting to wrestle Shawn Michaels, his indy career and more.

Tell us a little bit about your stint in WWE, how was that? Being in WWE was a dream come true-you are with the best and on the biggest stage and, of course, the money isn’t bad either… I wish my time there was more than 2 years, but it gave me a chance to live my lifelong goal.

Are you still in contact with anyone in WWE and is a return to WWE ever something you would consider if given the chance? Yes, I am still in contact with people there. If it were right for the company and for me, I would definitely consider a return. I never wanted to leave and wanted to, and still want to, accomplish many things there.

Is there any one wrestler that you would like to have a match with if given the opportunity? The one wrestler I would want to work with, hands down, would be Shawn Michaels.