Home / WWE / Former WWE Superstar on Her Return to the Ring 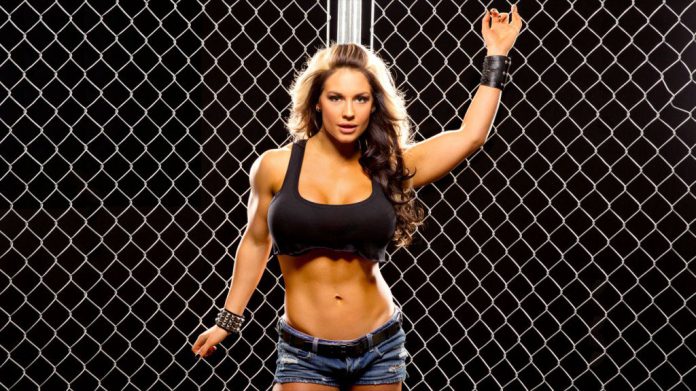 Celeste Bonin, aka WWE’s Kaitlyn, left WWE in 2014. She started a fitness apparel business, became very involved with body building and fitness, and left the squared circle behind. Now she’s gearing up for a return to the ring after a tumultuous year.

Fightful.com recently caught up with Celeste while she was training for her big in ring comeback next month. She’ll be getting into the ring for Coastal Championship Wrestling, on February the 10th at Coral Springs where she’ll face Rachael Ellering.

“I want it to be a big deal,” she said. “I want there to be a lot of people there, and I think that there will be. But I also want it to be meaningful and I want to be able to enjoy it in the moment, and not be super nervous and like, just thinking about what’s next, what’s gonna happen, what am I gonna do? I just [want to] really enjoy it for what it is, and really make the fans, and the crowd feel everything that we’re feeling. Because that’s the point of it all. To make them feel an emotion and love you or hate you.”

She reflected on the past year, her addiction, how hard her divorce was, and checking into rehab.

“I checked myself into a facility, a hospital, to go through the medical detox,” she said. “But then what I didn’t do was go through a rehab process. And I couldn’t do inpatient rehab because I had a business and all this other stuff going on. I should have done an outpatient rehab, but I chose not to, and I didn’t learn about addiction and triggers and, like, what made me turn to it originally. And then I was still going through really bad problems in my marriage.”

“I went through a really shitty, tough, rocky divorce,” she said. “I slept on my mom’s couch for a few months. I had to move my whole warehouse. I lost all my employees. I had to find a new warehouse, a new place to live, new employees, and still deal with the emotional bullshit from the divorce.”

But she’s looking at this new chance to get into the ring as her redemption.

“I’m functioning, but I’m not the best version of myself,” she said.

“And actually, this match coming up, I was like ‘Damn, I have to get my shit together.’”

“This definitely holds me accountable for something. Just showing up and then being able to learn and apply it the next time I’m here. It gave me accountability and just something to look forward to, instead of like ‘Oh, well, let me just go to the gym and try to go through some workout I really don’t feel like doing.’”

She recently had a chance to visit old friends and colleagues when SmackDown was in Miami. She was impressed at how the locker room has changed.

She doesn’t rule out a return full-time in the future.

“If I ever did go back, I would really want it to be something that was like commentary, or something like that. The schedule is crazy, and I run a business. So a lot of things would have to change for me to commit to that. But I don’t know. Never say never.”

She goes on to talk about her training, what this show means to her, her time in FCW/NXT/WWE and more, read the full article here.