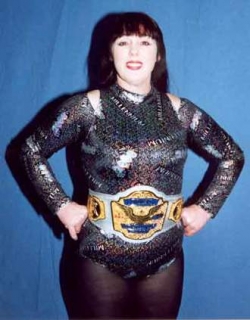 Kai will also be taking part in a pre show meet and greet from 5-6pm along with former WOW top star Riot, Amazing Kong, and Angelina Love.

Pro Wrestling Syndicate debuted its all womens promotion Bombshells in November 2012. This event is the seventh installment coming off the heels of their biggest drawing event yet this past July.

Matches Announced for this event taking place at the air conditioned Columbian Club on 116 Grand Street in Iselin NJ (30 min from NYC):

For more info and tickets please visit www.WomensWrestling.net or www.ProWrestlingSyndicate.com