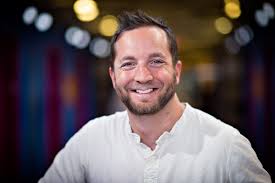 John Cena vs. Rusev
Sadly the opportunity to end the Bulgarian Brute’s undefeated streak at Wrestlemania will not belong to Kurt Angle. Which is a damn shame and a rip-off both for his legacy and his fans. But I digress… Absent YOUR American hero, who better than Super Cena to chop down the mighty Rusev? Every time Cena kisses that dog tag around his neck, on his way to the ring, it’s an affront to everything Rusev stands for. Plus the story writes itself. The man who implores his “Cenation” of pre-pubescent fans to “Never Give Up” vs. the man who’s made literally everyone on the WWE roster do just that. Then you throw in Nikki Bella in John’s corner bumpin’ silicone with Lana!!!! Plus all the corny, dated Russia jokes  John could make about Gorbachev’s birthmark and Vlad Putin riding horseback shirtless and you’ve got VKM’s three biggest turn-on’s all in one match: Childish humor, hot females under his employ, and AMERICA! It’s a no-brainer.
Reigns vs. Rollins vs. Ambrose
This match is simply about recovering the Scrooge McDuck bank vault full of gold bullion that WWE left on the table after hastily splitting the Shield into three disparate pieces this summer. I mean, honestly how did this match never happen? It defies all logic and common sense – and certainly was not “best for business”. Sure, they’re pushing Reigns to the moon, grooming him for his Mania moment – whether he’s ripened to the point of absolute readiness yet or not. And sure Rollins has become the top heel in the company, displacing Randy Orton from the Authority’s teet, as their desired face of the company. And sure Ambrose is off channeling Brian Pillman’s “loose cannon” gimmick, as far away from his former brethren as possible… but on paper, the Shield three-way is undoubtedly the match everyone wants to see! It’s Hayes vs. Gordy vs. Roberts. Flair vs. Arn vs. Tully. HHH vs. Orton vs. Batista. You want eye-balls, dollars, and Network subscriptions? Give me all three members of the Shield in one-ring clobbering each other on the biggest show of the year and I’ll figure out the rest.
Sting-HHH
In the absence of the Undertaker’s physical ability to ever wrestle again (Speculation based on the last pic of the Deadman to circulate on the internet where he looked like my 65-year old, Uncle Joel), and even if it is against a dusty old Buick like Sting – chasing a Wrestlemania moment before he ascends back into the rafters for retirement – I say, “sure, why not?” They planted the seed at Survivor Series well enough. Might as well pay it off. And who better than HHH to give Sting his long-awaited and even longer-overdue first and last WWE match? Not only can Hunter squeeze an outstanding match out of pretty much anyone on the planet, but the contest would be soaked with historical significance – something HHH has heroically resurrected from the WWE trash heap (See Bruno, Warrior, Savage) – plus it would also add gravitas to the Mania 31 bill by providing the card with a true once-in-a-lifetime event to promote: The chance to see the Icon vs. the Game.
You can read Andrew Goldstein’s column, “Goldstein on Rasslin” in its entirety at this link.
Related Itemswwe
← Previous Story CAC honoree Malia Hosaka…in her own words
Next Story → The Almighty Sheik to be honored