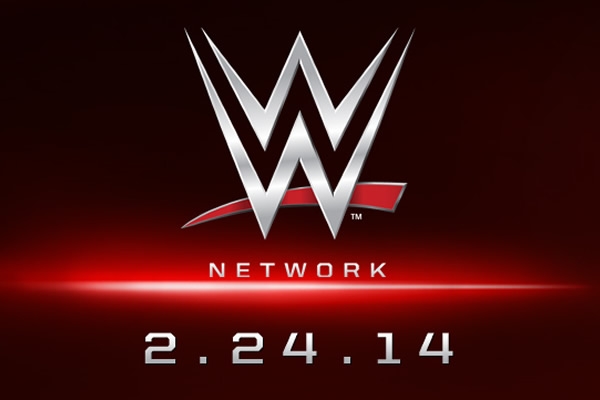 WWE Network, the first-ever 24/7 streaming network, will launch live in the U.S. on Monday, February 24, featuring all 12 WWE live pay-per-view events – including WrestleMania – valued at more than $600 per year for $9.99 per month with a 6-month commitment. WWE Network will also include groundbreaking original programming, reality shows, documentaries, classic matches and more than 1,500 hours of video on demand at launch.

Fans can subscribe to WWE Network beginning at 9 am ET on Monday, February 24 at WWE.com, and for a limited time will be offered a free one week trial. WWE Network, the first 24/7 network delivered directly to fans through over-the-top digital distribution, will be available on desktops and laptops via WWE.com. WWE Network will also be available through the WWE App on: Amazon’s Kindle Fire devices; Android devices such as Samsung Galaxy; iOS devices such as Apple iPad and iPhone; Roku streaming devices; Sony PlayStation® 3 and Sony PlayStation® 4; and Xbox 360. Availability on additional devices, including Xbox One and select Smart TVs, will follow this summer.

“Today is a historic day for WWE as we transform and reimagine how we deliver our premium live content and 24/7 programming directly to our fans around the world,” said Vince McMahon, WWE Chairman & Chief Executive Officer. “WWE Network will provide transformative growth for our company and unprecedented value for our fans.”

MLBAM has been at the forefront of streaming technology for more than a decade, powering its own live video subscription product since 2002. Last year, MLBAM managed live video content for more than 25,000 events, covering 80,000 hours of broadcast programming, across its sports and entertainment partners.

“We applaud WWE for this bold, timely and strategic move to fully optimize the power and potential of live entertainment,” said Bob Bowman, President and CEO, MLBAM. “We are proud to work with WWE to help provide its millions of loyal fans with unencumbered access to distinctive and engaging live content across the devices they use most.”

WWE Network is scheduled to launch in the United Kingdom, Canada, Australia, New Zealand, Singapore, Hong Kong and the Nordics by the end of 2014/early 2015.

WWE Network will officially launch with the live Monday Night Raw Post-Show on Monday, February 24 at 11:06 pm ET, and fans will instantly have access to the most comprehensive WWE video-on-demand library upon signing up. In addition to live Raw and SmackDown pre- and post-shows every week, new programming including a live studio show and additional on-demand content will be added in the future.

At launch, WWE Network will include:

All 12 current WWE pay-per-view events – including WrestleMania – will be available to subscribers live, as well as on demand.

The Monday Night War™ – a series exploring the shocking real-life stories that fueled the mid-90s rivalry between WWE and WCW®. Battling for ratings dominance, WWE’s Vince McMahon and WCW’s Ted Turner engaged in a masterful game of one-upmanship, and in the process, elevated WWE Monday Night Raw and WCW Monday Nitro™ to all-new levels of pop-culture relevance.

WrestleMania Rewind – a comprehensive look back at the most groundbreaking matches and dramatic moments in WrestleMania history, including never-before-seen footage and in-depth interviews.

WWE Countdown™ – a one hour, groundbreaking, interactive, countdown series that puts the power squarely in viewers’ hands by giving the audience the chance to discuss and rank WWE’s most spectacular Superstars, unexpected moments, best catch phrases and more through digital polling and social media interaction.

Coming in April: WWE Legends House™ – WWE’s greatest Legends reunite for a new title – only this time, they’re competing outside of the ring. Imagine a beautiful house in the suburbs – perfectly furnished, with gorgeous landscaping, a lovely pool and quiet, respectable neighbors. WWE Superstars from the past including Rowdy Roddy Piper, Tony Atlas and Hacksaw Jim Duggan will turn the neighborhood upside down as the house staff tries their best to keep these Legends on time, on speaking terms, and out of trouble in this new reality show.

WWE Superstars® – a one-hour weekly show highlighting the best of WWE Superstars and Divas in heart-pounding matches. Features highlights from all WWE programming, as well as a special glimpse at everything going on in the WWE Universe.

WWE Network will offer all WWE, WCW and ECW pay-per-views as well as classic matches uncut and uncensored, encores of Raw, SmackDown and WWE Main Event™ totaling more than 1,500 hours of video on demand at launch.

All episodes of original programming on WWE Network will be available on demand immediately after they premiere, allowing viewers to watch on their schedule.