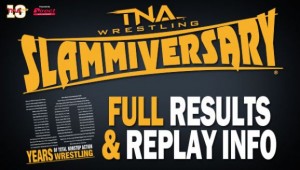 Last night TNA held their “Slammiversary” pay-per-view from College Park Center in Arlington, TX.  During the show wrestling legend Sting was announced as the first inductee into the TNA Hall of Fame!  All of us at OWW offer our sincere congratulations to Sting for his outstanding career! 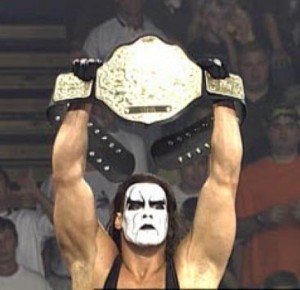 “Slammiversary” results as posted on www.impactwrestling.com:

Catch the replay all this week on your cable or satellite provider, or watch it online around the world at TNAOnDemand.com.